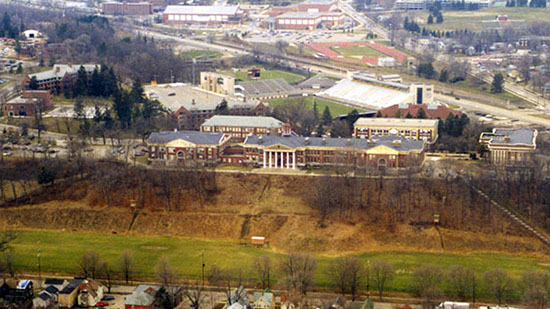 East Campus is the home of the original Western State Normal School. Built on Prospect Hill, the campus was used for educational purposes until the 1950s, when much of the University began to operate on the new West Campus. Throughout the years, East Campus was used less and less, and the 1970 Campus Development Plan moved all academic programs out of East Campus.

Today, East Campus is used primarily for some administration, storage and specialty functions such as the Regional Archives. The most prominent building on East Campus, East Hall, is currently under major construction to convert it into an alumni center. East Hall was Western Michigan University's first building (erected when it was still the Western State Normal School) and is a listing on the National Historic Register.