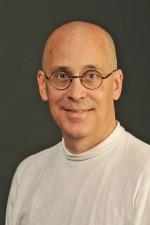 Dr. Vincent Desroches is Chair of French in the Department of World Languages and Literatures at Western Michigan University.

Desroches joined the French faculty in fall 2000 and has been an undergraduate advisor of French since 2001. He developed the Quebec Study Abroad Program which began in July 2002. Under his initiative, WMU and Universite Laval signed a Memorandum of Agreement for Academic Collaboration in the fall of 2004, including formal student exchanges, notably in archeology.

Desroches was the director of the annual Kalamazoo World Languages Film Festival which was held every March in Brown Hall on WMU's Main Campus. The six-day competitive event was dedicated to the presentation of original creative cinema from Arabic, Chinese, French, German, Japanese and Spanish-speaking cultures around the world, with the movie subtitles in English. The films competed for the Gold Kazoo prize.

Desroches currently serves as an advisor for the Canadian studies minor. He received a 2019 College of Arts and Sciences Faculty Achievement Award in Global Engagement.