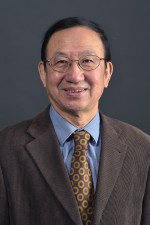 Dr. Xiaojun Wang is a professor and advisor of Chinese in the Department of World Languages and Literatures at Western Michigan University.

As a scholar and professor of applied linguistics and Chinese linguistics, Wang has published more than 20 textbooks worldwide as well as three scholarly books, and has translated one book on the Chinese syntactic system, linguistics and second language acquisition. He has also published more than 20 articles and presented over 30 papers at national and international conferences. He served as the department chair of Asian and Middle Eastern Languages at WMU for four years from 1999 to 2003. He also served as founding director of the Confucius Institute at WMU from 2009 to 2011.

In addition, he serves as a visiting professor at Beijing Language and Culture University and other institutions and the faculty director for the study in China programs at WMU. Dr. Wang has taught at several prestigious summer programs including Middlebury College, University of Indiana at Bloomington and American Graduate School of International Management at Thunderbird.

Wang is on the program team of the annual Kalamazoo World Languages Film Festival held every March in Brown Hall on WMU's Main Campus. This six-day competitive event is dedicated to the presentation of original creative cinema from Arabic, Chinese, French, German, Japanese and Spanish-speaking cultures around the world, with the movie subtitles in English. The films compete for the Gold Kazoo prize.