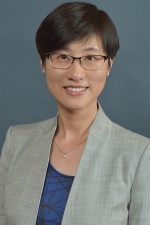 Dr. Shu Yang is an assistant professor and advisor of Chinese in the Department of World Languages and Literatures at Western Michigan University.

Yang received her Ph.D. in East Asian Languages and Literatures from the University of Oregon and her M.A. in Comparative Literature from Beijing Normal University in China. Prior to joining WMU, Shu was an assistant professor of Asian Studies and Chinese at Sewanee: The University of the South.

Yang’s research interests include modern and contemporary Chinese literature, cinema, theater, cultural history and gender studies. Her publications include book reviews, refereed journal articles, translations and book chapters, with a focus on images and social practices of the new women throughout China’s 20th century. In addition to her manuscript that explores genealogical connections between the traditional shrew and the modern new woman from Republican to Socialist China, she is also working on another book project, which examines adaptations of the ultimate shrew Pan Jinlian across time, space, language and media. Dr. Yang also received a 2020 College of Arts and Sciences Women's Caucus Gender Scholar Award.