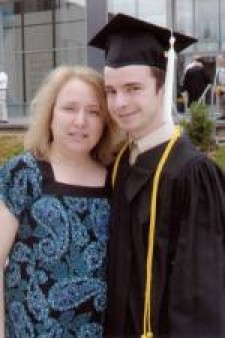 This scholarship was created to honor the memory of WMU alumnus Rodger Swan (1986-2010). Rodger was an outstanding student in the English and Japanese programs, and during his time at WMU, he was an active part of the Writing Center, where he helped many people throughout the University with their work.  He was also a member of the Sigma Tau Delta, the International English Honor Society. Because he was such a fine student, he was the recipient of an all expenses-paid scholarship to study abroad at one of WMU’s study abroad partners, Keio University in Tokyo, in 2007-08. Rodger graduated in 2009, and at the time of his death, he was teaching English in Iwate, located in northern, rural Japan.

Rodger had a passionate love for Japanese culture, literature and film. In fact, his honors thesis was a translation of a piece of Japanese fiction from the 1920s, which he completed with the assistance of his advisor, Dr. Jeffrey Angles of the Department of World Languages and Literatures. The translation was published in a collection of Japanese ghost stories titled "Kaiki: Uncanny Tales from Japan, Volume 3: Tales from the Metropolis" (Fukuoka: Kurodahan Press 2012).

While in Japan, first as a student and then as an English teacher, Rodger created a series of extremely popular YouTube videos in which he introduced various aspects of Japanese culture and talked about his daily life in Japan. There were Facebook fan pages dedicated to his films and, after his death, there was a great outpouring of grief on Facebook and his YouTube channel from fans who stated that his films had encouraged their love for Japan. Currently, his YouTube channel has over one million views. 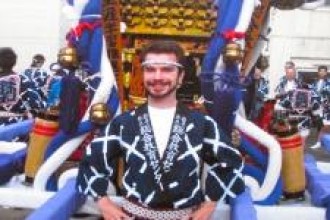 Because Rodger was such a fine ambassador for Japanese culture, Rodger’s family and Dr. Angles of the Department of World Languages and Literatures have cooperated to create the Rodger Swan Memorial Fund for Japanese Studies. Donations to the fund will help support the study of students who, like Rodger, are working on Japanese language or planning to travel to Japan. Through the fund, they hope to keep alive his eagerness to foster a love for Japan in others, as well as keep his name a part of the activities of the department for years to come.

Recipients of the Rodger Swan Memorial Fund for Japanese Studies: