The National Endowment for the Humanities summer institute for higher education faculty "Law and Culture in Medieval England" is hosted by Western Michigan University.

The virtual institute will be conducted through a combination of asynchronous presentations or activities and synchronous online discussions among the participants, organizers, and visiting scholars. Participants should expect that this combination of activities will take about four hours per weekday, with roughly half occurring synchronously. The synchronous part of these activities will be scheduled between 12 noon and 4 p.m. Eastern Daylight Time to account for different time zones. At other times on these days, the participants will be free to work on their collaborative project presentation, read, or use library resources. The program of study assumes no prior knowledge or languages, although we will encourage participants with such expertise share their knowledge.

Before the institute begins, participants will receive pre-circulated readings. These advance readings include literary works and one of the longer primary texts. Participants are also asked to read Nicholas Vincent's "A Brief History of Britain" prior to the institute. Interpreting from multiple perspectives using various methodologies will be encouraged by revisiting key primary texts throughout the program of study. During the institute participants will also undertake three practical exercises in workshops, called "text in context," analyzing manuscript sources of key primary sources to discover how their material features enhance understanding their content.

To be purchased by participants

All primary materials will be available in modern English translation. For original language texts of legislation, we will use digital editions from the Early English Laws project if available, or editions. Literary texts will be offered in facing English and original language editions whenever possible. Some first-time English translations will be provided by institute directors or visiting scholars.

Monday, June 21: Introductions; Reading Law in and as Culture 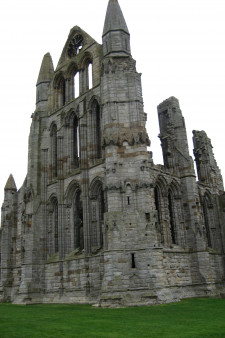 Thursday, June 24: Ways of Proving: Oathswearing, Frankpledge and the Ordeal

Tuesday, June 29: Whatever Seems Most Just to You: Wills, Charters and the Settlement of Disputes in Early Medieval England

Wednesday, June 30: The Norman Conquest and the Law

Monday, July 5: Words of Insult and "Fighting Words"/Reputation and Honor

Friday, July 9: Bilingualism and Uses and Abuses of Legal Language

Monday, July 12: The Transition from Ordeal to Jury Trial

The summer institute "Law and Culture in Medieval England" has been made possible in part by a major grant from the National Endowment for the Humanities: Exploring the human endeavor.

Disclaimer: Any views, findings, conclusions or recommendations expressed on this website and in this institute do not necessarily represent those of the National Endowment for the Humanities.