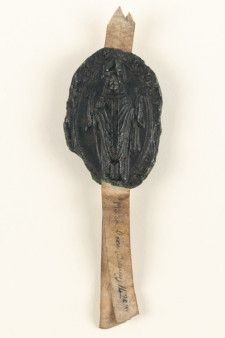 The National Endowment for the Humanities summer institute for higher education faculty "Law and Culture in Medieval England" at Western Michigan University focuses on law in medieval England, engaging participants in learning about or refreshing their knowledge of the laws by showing how they were embedded in medieval culture using literary works and historical sources.

Since a distinct legal profession did not exist before 1200, law was not separate from medieval culture but rather a part of it. Consequently, the understanding of law in the Middle Ages accompanied broader cultural developments in governance, religion, and education. The laws and "constitutional" documents of medieval England (such as Magna Carta) have traditionally been considered important by scholars. However, literary and historical materials are much less well known, and their insights about law and culture have rarely been appreciated. They provide useful context for and illustration of medieval thinking about right and wrong, rule and justice, and how to negotiate disputes. Scholars from diverse disciplines demonstrate multiple approaches to these materials. By analyzing such materials in conjunction with laws, participants will comprehend how to deploy legal texts in their own teaching and research.

Four themes are developed over the course of the institute's four weeks.

The first week focuses on where medieval people could seek justice and limits on their choices. Special attention is given to mechanisms of inclusion and exclusion, such as claiming one's law as part of a group, being exiled or outlawed, or entering a zone of legal safety—for example, the king's "mund" (protection) or ecclesiastical sanctuary. It stresses how diverse people could achieve legal agency, and how it might vary by gender, ethnicity and economic or clerical status.

The second week explores the laws of the Anglo-Saxon kings in parallel with Christian ecclesiastical expectations, with an emphasis on legal pluralism. In particular, the material compensation for wrongdoing prevalent in early English laws, such as the scheme of payments for bodily injuries, are contrasted with the theology and practice of atonement for sin.

The third week treats language and its use and abuse in the Middle Ages. It begins with "word crimes": insult, gossip and slander, and how such "fighting words" touched on matters of reputation and honor, which varied by gender and social class. Also considered are words used for making and keeping agreements, especially oaths and promises, and the development of specialized legal language after 1150.

The fourth week returns to issues of wrongdoing through the definition of crimes adopted by legal professionals in Angevin England, 1154-1307. Exploring defenses such as strong emotion (anger/fear) or insanity will highlight how men and women were treated differently. The legal categories of the courts (expressed in Law French or Latin) are contrasted with moral notions in extra-legal sources, including romances in the vernacular language (Middle English) designed to entertain. Here the focus is on crimes with strongly gendered dimensions, such as rape and abduction.

The summer institute "Law and Culture in Medieval England" has been made possible in part by a major grant from the National Endowment for the Humanities: Exploring the human endeavor.

Disclaimer: Any views, findings, conclusions or recommendations expressed on this website and in this institute do not necessarily represent those of the National Endowment for the Humanities.