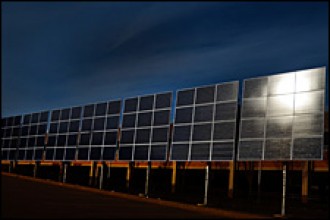 A $700,000 grant from the Clean Energy Coalition made the 15 new stations near Miller Auditorium possible. Added to four stations activated last year and a fifth recently installed near Welborn Hall, the new stations will allow some 20 EVs to be charged on campus simultaneously--the largest number of charging stations for any college or university campus in the United States.

"Electric vehicles and hybrid electric vehicles are still in their infancy, but WMU is leading the way to support widespread adoption," says Dr. Harold Glasser, executive director for campus sustainability. "The current situation is akin to when the density of gas stations was one of the limits to widespread adoption of the automobile. We are thrilled to be partnering with the Clean Energy Coalition to provide clean, green electric vehicle charging infrastructure for the campus community and everyone who visits our campus."

The WMU network of stations has been linked to the Charge Point America system, which is helping to build a much-needed national infrastructure for electric cars by providing some 5,000 networked stations free of charge to organizational and residential applicants in 10 U.S. regions, including Michigan's Lower Peninsula. Michigan now has more public charging stations than most other states in the Midwest. WMU's 20 charging stations in Kalamazoo represent 20 percent of charging stations in West Michigan.

The infusion of EV charging technology was funded by a $700,000 grant last year from the Clean Energy Coalition. The successful grant proposal was written by Glasser. In addition to funding installation of the solar array and new charging stations, the CEC funding allowed WMU to acquire five all-electric Ford Transit Connect service vehicles as well as a large electric hybrid-hydraulic bucket truck to be used in campus facilities operations. The new electric vehicles also put WMU among the nation's leaders in the number of such vehicles on a single campus.

According to Peter J. Strazdas, WMU's associate vice president for campus facilities, the collaborative efforts between the academic and operations sides of the University make perfect sense in an era of climbing gas prices.

"The academic and facility enterprises of our campus are working together to make something special happen," Strazdas notes. "Theory, research, sustainable energy, opportunities for electric vehicle growth, and the practical needs of our campus and the community are all being met in this one important project."