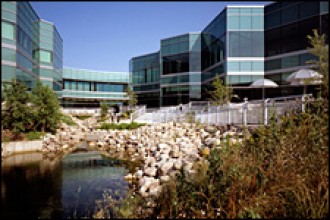 KALAMAZOO--For the third consecutive year, Western Michigan University has been named one of "the nation's most environmentally responsible 'green colleges'" by Princeton Review and the U.S. Green Building Council's Center for Green Schools.

The 2012 edition of the free guidebook, released April 17, lists 322 U.S. and Canadian colleges and universities that "demonstrate notable commitments to sustainability in their academic offerings, campus infrastructure, activities and career preparation." The guidebook can be downloaded from the Princeton Review website.

In its guide profile, WMU is noted for its:

The University was also noted as the only Michigan university with a student sustainability fee that provides support for sustainability efforts as well as grants for student-initiated research. And WMU is among schools that are signatories to the American College & University Presidents' Climate Commitment and members of the U.S. Green Building Council.

The guide was compiled based on results of a 50-question survey of 768 schools. Data from the survey was used to generate a Green Rating for each school that ranges from 60 to 99. Schools with a score of 83 or better were included in the guide. WMU's rating was 96.

The Princeton Review, well known for its education and test-prep services, first created this one-of-a-kind resource for college-bound students in 2010 in collaboration with USGBC, which is best-known for developing the LEED green building rating system. In 2010, USGBC launched its Center for Green Schools to increase its efforts to drive change in how campuses and schools are designed, constructed and operated so that all educational facilities can enhance student-learning experiences.