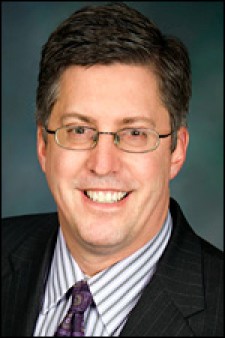 KALAMAZOO--Efforts to revamp Michigan's regulatory and licensing environment will be explored at the June installment of the Keystone Community Bank Breakfast Series at Western Michigan University.

Steven Hilfinger, director of the Michigan Department of Licensing and Regulatory Affairs and chief regulatory officer, will talk about his leadership role in reinventing the regulatory and licensing environment in Michigan at 8 a.m. Friday, June 29, in the Dean's Conference Room of Schneider Hall, home of the Haworth College of Business. His presentation, "Regulatory Re-invention in Michigan," is free and open to the public.

The event begins with breakfast at 7:30 a.m. Reservations are required and can be made by calling the college dean's office at (269) 387-6059. Parking is available in the nearby Fetzer Center parking lot.

Gov. Rick Snyder created the Office of Regulatory Reinvention within regulatory affairs and named Hilfinger to his position in 2011. The office works with other state departments and the Legislature to reinvent a licensing and regulatory environment that promotes business growth and job creation by streamlining processes and eliminating unnecessary or burdensome regulations. Hilfinger plans to focus on regulations that protect the health and safety of Michigan's citizens.

Prior to his appointment, Hilfinger was the managing partner of the Detroit office of Foley & Lardner LLP, a national law firm with more than 900 attorneys around the world. Hilfinger co-founded the office in 2000 and served as its managing partner from September 2002 to June 2006 and from June 2009 until his current appointment.