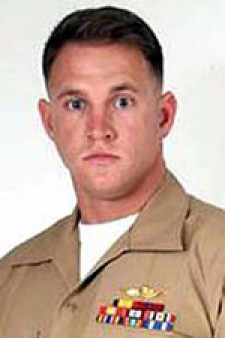 LANSING, Mich.—By order of Gov. Rick Snyder, U.S. flags on all campuses of Western Michigan University and throughout Michigan will be lowered to half-staff Friday, Aug. 3, in honor of Marine Sgt. Justin M. Hansen, of Traverse City, Mich.

Hansen graduated from Kingsley High School in 2003, joined the Marines in 2005 and attended the School of Infantry at Camp Pendleton, Calif. He was first stationed at the 3rd Reconnaissance Battalion at Camp Schwab in Okinawa, Japan, and later deployed with the 31st Marine Expeditionary Unit. Hansen joined the Special Operations Command in June 2009. He served a tour of duty in Iraq and was serving his second tour in Afghanistan.

Services will be Saturday, Aug. 4, at 1 p.m. at Kingsley High School. Visitation begins at 11 a.m.

Former Gov. Jennifer M. Granholm issued a proclamation in 2003, requiring U.S. flags to be lowered to half-staff throughout Michigan and on Michigan waters to honor Michigan servicemen and servicewomen killed in the line of duty. Michigan was among the first states to honor its fallen sons and daughters by lowering flags.