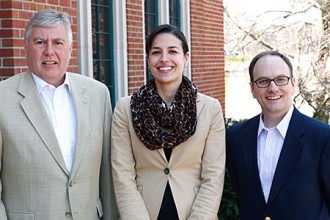 From left: Lueth, Dordeski and Jackson

The WMU Alumni Association works through the Office of Development and Alumni Relations to serve the University's graduates and foster an alumni community that is inclusive, connected and engaged. The association's signature programs include the Distinguished Alumni Award and the Legacy Scholarship.

For more information about the association, visit mywmu.com.