Trustees to act on Cooley affiliation and capital outlay requests 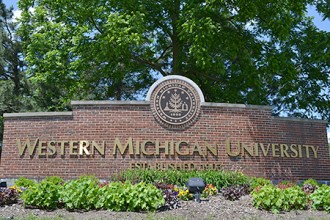 The next Board of Trustees meeting is July 18.

Meeting at 11 a.m. in 157-159 Bernhard Center, trustees are expected to vote on an administrative recommendation to authorize the use of the University's name and effect all necessary actions to allow the Thomas M. Cooley Law School to become the Western Michigan University Thomas M. Cooley Law School. The move is part of an affiliation agreement between the two schools that has been in the works for many months. Trustees also will consider approval of a building project priority list that WMU must annually submit to the state.

In addition, the board will hear information items detailing preliminary design concepts for renovating East Hall into an alumni center, a comprehensive campus housing and dining plan, and a report on WMU's consideration of becoming a tobacco-free campus.

Other agenda items to be taken up include recommendations on academic program changes and reports covering gifts, grants and personnel changes.