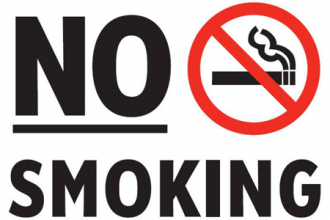 KALAMAZOO—A committee formed to study the possibility of turning Western Michigan University into a tobacco-free campus unveiled its affirmative recommendation during the July 18 meeting of the WMU Board of Trustees.

Following months of study and surveys of the campus population, the group that was convened last spring recommended the campus go tobacco-free, effective Sept. 1, 2014. Its further recommendation is that the next year be used as a transition period to seek broad-based input on how to implement such a policy and launch all needed campus changes.

The presentation to trustees was an information item only, requiring no vote by the governing board, since trustees were not being asked to approve any policy changes at this point.

During their presentation to trustees, committee members pointed to WMU's Strategic Plan as providing a primary rationale for becoming a tobacco-free campus. A primary goal in the strategic plan is to enhance health and wellness of the campus community and to explore ways to achieve health and wellness savings. As WMU moved into the first year of implementing its strategic plan, information on U.S. tobacco policies was reviewed and the Tobacco-Free Committee was formed and charged.

In addition to studying tobacco-free policies at other higher education institutions, the committee utilized three campus surveys that garnered responses from nearly 4,000 members of the campus community. Those surveys showed that most participants do not use tobacco, most respondents support transition to a tobacco-free campus and campus tobacco users are generally uninterested in cessation assistance from WMU.

Becoming a tobacco-free campus will put WMU in the company of more than 1,150 U.S. colleges and universities—about a quarter of the total number—that are smoke-free as of 2013. In Michigan, three other schools—the University of Michigan, Michigan Technological University and Oakland University—will be smoke-free by fall 2013.