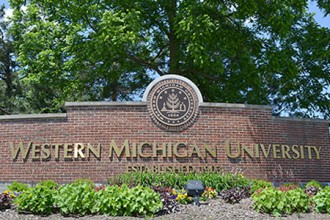 In April, trustees affirmed their support for the affiliation and asked that final agreements be brought back for the board to review. During the July meeting, trustees signed off on a measure approving the use of the University name on the law school and authorizing the administration to take all other actions deemed necessary to effect the affiliation. That includes the authority to execute and deliver all agreements, contracts, instruments and filings, and other documents.

Vice President for Business and Finance Jan Van Der Kley recommended the resolution to the board and remarked on the long, cordial and collaborative relationship between WMU and Cooley. She also noted the benefits to the University that would come from such an affiliation as well as its fit with WMU's strategic plan.

"Today, there are 82 public universities with law schools accredited by the American Bar Association," she said. "WMU will become No. 83."

The next steps in the affiliation process, Van Der Kley said, will be for the schools' respective accrediting agencies—ABA and the Higher Learning Commission for Cooley, and the Higher Learning Commission for WMU—to review the name change agreement that is part of the affiliation accord. That is expected to take place in the fall.

The two schools announced April 2 that a formal affiliation had been part of an informal three-year discussion by WMU President John M. Dunn and Cooley President and Dean Don LeDuc. During recent months, the discussions broadened to examine the impact an affiliation would have on stakeholders, accreditation, financial responsibilities and growth potential. The affiliation agreement means Cooley would remain an independent nonprofit 501(c)(3) entity but would become known as the Western Michigan University Thomas M. Cooley Law School.

The initiative builds on a long and successful relationship between the two schools that includes a number of existing graduate dual-degree programs and shared physical facilities for a time in the Grand Rapids area. Since announcing the possibility of an affiliation, a number of additional synergies have been discussed. Among them are the possibility of a 3+3 program allowing students to complete their bachelor's and law degrees in just six years; interdisciplinary teaching and research opportunities for faculty; and additional joint course offerings in areas that might focus on the legal environment for business, education, health care or intellectual property.

Founded in 1972, the Thomas M. Cooley Law School is a private, nonprofit, independent law school accredited by the American Bar Association and the Higher Learning Commission. Cooley has provided its more than 17,000 graduates with the practical skills necessary for a seamless transition from academia to the real world. Cooley offers its Juris Doctor program, joint degree programs, and Master of Laws programs three times a year with enrollment in January, May and September. Cooley Law School has campuses across Michigan in Lansing, Auburn Hills, Grand Rapids and Ann Arbor, and a new campus in Tampa Bay, Fla.