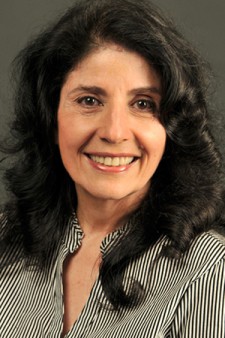 KALAMAZOO—A book by a Western Michigan University instructor has won an honorable mention in the 2013 Arab American Book Awards.

Hedy Habra, a Spanish instructor, won honorable mention for her book "Flying Carpets," released in 2012. Habra and other award recipients will be honored at a ceremony Saturday, Nov. 2 at the Arab American Museum in Detroit.

"Flying Carpets" is a story collection in the grand tradition of Arab storytelling. In it, Habra waves her writing wand and takes the reader on a journey as they read about people and places far away and encounter temples and mountain villages, gliding boats and fragrant kitchens, flaming fish and rich tapestries.

The stories recover lost, partially forgotten and imaginary spaces, progressing from the concrete to the universal. The first two sections move between Egypt and Lebanon with a touch of magic realism. In the second half of the collection, the characters become less rooted in time and space as the dreamlike elements intensify.

Habra was born in Egypt and is of Lebanese origin. She earned a master's degree in English and master's and doctoral degrees in Spanish literature, all from WMU. She received WMU's All-University Research and Creative Scholar Award and a Doctoral Dissertation Completion Fellowship Award. 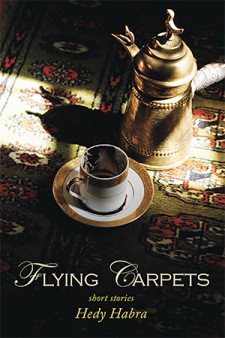 Habra writes poetry and fiction in French, Spanish and English and has published more than 150 poems and short stories in numerous journals and anthologies. In addition to "Flying Carpets," Habra is the author of a poetry collection, "Tea in Heliopolis," and a book of literary criticism, "Mundos alternos y artísticos en Vargas Llosa."

"Habra's stories are joyous and tragic at once, witty and profound," says Khaled Mattawa, author of "Amorisco." "This is a book full of marvels, beautifully written."