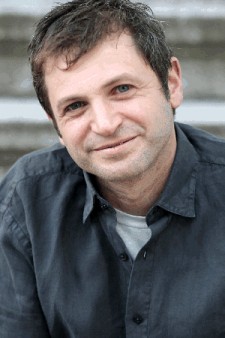 KALAMAZOO—The author of the novels "The Second Coming of Mavala Shikongo" and "Love and Shame and Love" will launch the fall 2013 Frostic Reading Series in early September at Western Michigan University.

Peter Orner will read from his collected works at 8 p.m. Wednesday, Sept. 11, in 208-210 Bernhard Center. The series continues with readings by four additional authors in September, October and November.

In addition to his two novels, Orner is the author of two story collections, "Esther Stories" and "Last Car over the Sagamore Bridge." His writing has appeared in the New York Times, the Atlantic, The Paris Review, Granta, McSweeney's, and other periodicals, as well as in the compilations "The Best American Short Stories" and "The Best American Non-required Reading." He is also the editor of two nonfiction books, "Underground America" and "Hope Deferred: Narratives of Zimbabwean Lives."

Orner has been awarded numerous prizes for his work. He has won the Rome Prize from the American Academy of Arts and Letters, the Goldberg Prize for Jewish Fiction, a Guggenheim Fellowship and two Pushcart Prizes. Orner lives in Bolinas, Calif., and, when he is not writing, he is a professor at San Francisco State University.

Other upcoming reading dates in the series and the authors, times and locations are: