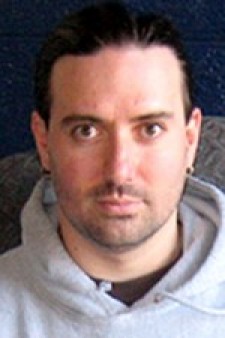 KALAMAZOO—A Western Michigan University professor has been awarded a $500,000 grant from the National Science Foundation to study ethical issues associated with cyberwarfare.

"New technologies tend to get into play before the ethics have been thought out," Allhoff says. "One of our goals on this project is to try to stay in front of the ethical issues in cyberwarfare, hoping to promote dialogue and policy that is ethically informed."

"A big part of what we're doing is trying to figure out how to understand traditional concepts in just-war theory and how they map onto the debate in cyberwarfare," Allhoff says. "When troops amass at your border and start firing missiles, things like force, aggression and self-defense are easy to understand. But what if the enemy shuts down your banking system? Can you fire at its capital city? These sorts of questions haven't yet been worked through."

The grant team will host a series of workshops, the first coming this May at Stanford Law School. A book proposal is in late stages of review at Oxford University Press, which will also constitute a key deliverable on the grant. They have also been invited to participate at an event sponsored by NATO Cooperative Cyber Defence in Tallinn, Estonia. And they will write a final report for submission to the National Science Foundation that will be made widely available.

Allhoff has a lengthy involvement in the study of thorny ethical issues. He is the author of the recently released "Terrorism, Ticking Time Bombs and Torture: A Philosophical Analysis," published by the University of Chicago Press, in which he demonstrates the weakness of the case against torture under any circumstances. In addition to his duties as an associate professor of philosophy, Allhoff is a senior research fellow at the Center for Applied Philosophy and Public Ethics at the Australian National University. He also is coauthor of "What Is Nanotechnology and Why Does It Matter?" published by Wiley-Blackwell.