KALAMAZOO, Mich.—Three accomplished writers and graduates of Western Michigan University will return to their alma mater in November to take part in the Fall 2014 Gwen Frostic Reading Series.

Natalie Giarratano, Monica McFawn and Kristian O'Hare will read from their works at 8 p.m. Thursday, Nov. 6, in Rooms 157-159 of the Bernhard Center. The event is free and open to the public. 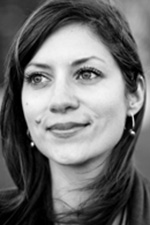 Giarratano's first collection of poems, "Leaving Clean," won the 2013 Liam Rector First Book Prize for Poetry and was published that year by Briery Creek Press. Her more recent poems appear or are forthcoming in the anthology "The Gulf Stream: Poems of the Gulf Coast," as well as the literary  journals and magazines Isthmus, Tupelo Quarterly, Laurel Review and Typo, among others.

The well-known poet and university professor D.A. Powell selected her work for inclusion in the 2011 edition of "Best New Poets," and she won the 2011 Ann Stanford Poetry Prize from The Southern California Review. Giarratano earned both her master's and doctoral degrees from WMU as well as a master's degree from the University of North Texas. 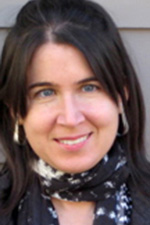 McFawn lives in Michigan and teachers writing at Grand Valley State University. Her story collection, "Bright Shards of Someplace Else," won the Flannery O'Connor Award for Short Fiction in 2013.

Her fiction has appeared in The Georgia Review, Gettysburg Review, Web Conjunctions, The Missouri Review and others. She also is the author a hybrid chapbook, "A Catalogue of Rare Movements," and her plays and screenplays have had readings in Chicago and New York. 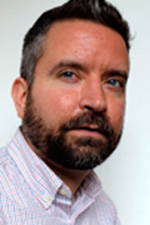 O'Hare's plays have been produced or developed by the Whole Art Theatre in Kalamazoo, The Ruckus Theater in Chicago, the Ringwald Theatre in Ferndale, Mich., The Dramatists Guild Friday Night Footlights Series in San Francisco, the Ivy Theatre Company and the Sanguine Theatre Company, both in New York City, the Boston Playwrights' Theatre and several more.

His plays also have been finalists at the Bay Area Playwrights Festival, Dragon Productions Theatre Company's New Play Development Factory and the True False Theatre's Third Annual Polygraph Tests. His plays have been semifinalists at the Eugene O'Neill Theater Center's National Playwrights Conference and Seven Devils Playwrights Conference. In August 2013, his full-length play, "Like Poetry," had a successful run in the New York International Fringe Festival.

The Frostic Reading Series presents acclaimed creative writers from across the nation and beyond. Every year, a diverse range of readings that encompasses poetry, fiction, nonfiction and drama attract both campus and off-campus audiences.