Kalamazoo to be home to nation's first sustainable brewing degree 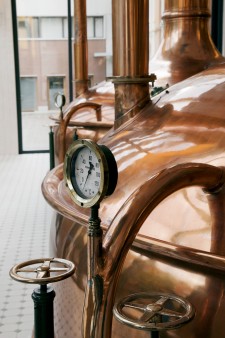 The program will be available beginning fall 2015.

The brewing programs, which will be offered starting in fall 2015, were developed by the two schools working in close coordination with the industry. The resulting "two-plus-two" program in sustainable craft brewing will offer students the opportunity to earn a certificate or associate degree at KVCC, then move on to a Bachelor of Science degree that marries industry art and science with WMU's national reputation in sustainability.

The rigorous science curriculum, which addresses some of the industry's most pressing issues, has been developed with input from a growing external advisory board that already includes 10 of Michigan's top craft brewers. Many of them are in West Michigan, which has one of the country's highest per-capita densities of craft brewers. 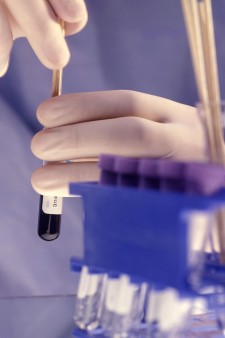 Science courses will make up a large part of the curriculum.

"Water use and water recovery are among the top issues among craft brewers around the nation," says, Dr. Edwin A. Martini, associate dean in WMU's College of Arts and Sciences. "WMU brings the resources of a research university and a national reputation in water research and sustainability to the table and KVCC's food science and culinary arts expertise is providing the entry point and first credentials for students. Knowing that the craft beer industry is key to our community and state's economic development, we enlisted the help of our industry advisors and designed a rigorous science-based degree program that will help craft brewers address big environmental issues as they use the very best of brewing art and science in a program that can only be described as meeting the industry's gold standard."

The science of brewing, Martini says, will be addressed through a curriculum that includes chemistry, biosciences, physics and environmental science. Mixed in with the science curriculum are a series of interdisciplinary courses that address sustainability, sales and marketing, and the relationship between food, beverages and culture throughout history.

The curriculum was developed with the help of master brewer Mike Babb, a former Coors brewer who now teaches the craft at the 130-year-old Siebel Institute of Technology in Chicago. He will continue to consult with Kalamazoo Valley on its certificate and associate degree programs.

The brewing process for the programs will be taught on KVCC's new campus in a teaching brewery designed with the comprehensive functionality of industry equipment and facilities that incorporate sustainable brewing practices. The facility will be critical to both schools' efforts. Hands-on experience, internships and an opportunity to understand every part of the industry are part of the plan.

"The growth of the brewing industry has been accompanied by growth in ancillary and support industries such as distributors, hops farms and malting houses,” says Dean McCurdy, associate vice president for Food and Community Sustainability at Kalamazoo Valley. "We plan to position Kalamazoo as an education destination for this rapidly growing employment and entrepreneurial phenomenon."

Craft brewing in Michigan has a $1 billion economic impact, making the state 10th in the country. Nationally, craft beer accounts for nearly 8 percent of beer sales. And entries into the industry continue, with West Michigan developing a strong reputation for the craft. In 2013, Grand Rapids was named Beer City USA, and Kalamazoo came in second in the international voting.

The KVCC certificate program and associate degree was approved by its board in December. The WMU board gave its approval for the bachelor's degree just days later, and the bachelor's degree was affirmed by a statewide higher education review panel Jan. 15. KVCC students can seamlessly transfer to the WMU bachelor's program, or WMU students may enroll in the KVCC program during their first two years on campus. Regardless of the student pathway, completing the major will require 96 credit hours, including the 30-hour KVCC certificate.

The programs have been in the planning stage for almost a year following a year of faculty conversations about existing programs and industry needs. The University is involved in research with small brewing operations in the areas of general sustainability and yeast fermentation, and one faculty member is doing extensive hops analysis for the U.S. Department of Agriculture. At WMU, the interdisciplinary work will involve more than a dozen departments across three colleges. "The programs are consistent with the mission and vision of both institutions and draw on the unique strengths of both schools," says KVCC's McCurdy.

"There's a real spirit of collaboration in the brewing industry, and it's one we've built into both schools' efforts," says Dr. Steven Bertman, WMU professor of chemistry and one of the principals involved in developing the degree program. "We're learning how to sustainably grow an industry that is part of the overall health and sustainability of Michigan's economy."