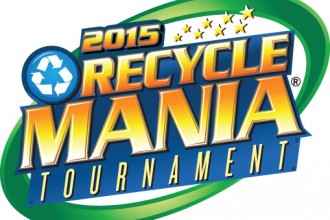 The RecycleMania competition runs through March 29.

KALAMAZOO—Western Michigan University has successfully kicked off the 2015 RecycleMania tournament, a competition that builds school spirit and encourages waste reduction and recycling on campuses nationwide.

WMU is one of 392 schools taking part, with 4.5 million students and 1.1 million faculty and staff participating in 48 states, the District of Columbia and Canada. Through March 29, colleges will face off in 11 categories to see which recycles the most on a per capita basis, produces the least amount of waste and recycles the largest percentage of their overall waste stream.

WMU will compete in the formal competition, which ranks schools based on standardized weight measurements. Additional categories recognize successful recycling at home basketball games and call attention to the recyclability of film plastic and scrap electronics.

Updated rankings published online each Friday allow schools to track their progress and rally to improve their standings against rival colleges.

This year’s competition will include a new way for students to participate in RecycleMania. By posting digital messages and "selfies" to document their waste reduction or recycling actions, students will earn points to determine their school's standing in the new "3R Actions Challenge" category. This integrated social media, text, and Web-based competition is offered through an engagement platform called "my Actions."

"We’re thrilled to expand the scope of RecycleMania for our 15th anniversary," said RecycleMania, Inc. President Stacy Wheeler. "RecycleMania is about engaging students. It’s crucial to recognize schools that excel in inspiring individuals to take action, from composting an apple core to recycling a bottle."

In 2014, 86 million pounds of recyclables and organic materials were recovered, which prevented the greenhouse gas emissions equivalent to removing 24,846 cars from the road for one year.