School of Music to present a memorial tribute to C. Curtis-Smith 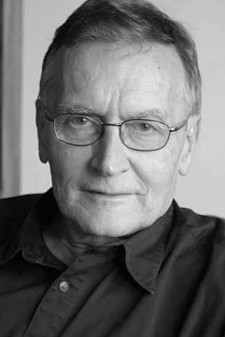 KALAMAZOO, Mich.—The Western Michigan University School of Music will present a tribute concert in memory of Curtis Curtis-Smith, professor of music, at 7:30 p.m. Thursday, Feb. 26, in the Dalton Center Recital Hall. A reception will follow the concert, which is free and open to the public.

During the concert, WMU faculty members and guest artists will perform and pay spoken tribute to C. Curtis-Smith. Renata Artman Knific and Silvia Roederer will play two of his "Fantasy Pieces" for violin and piano, and Boston pianist and WMU alumna Barbara Lieurance will play "The Rhapsodies," which feature the astonishing technique of bowed piano strings invented by Curtis-Smith. The Western Brass Quintet will play two movements of "Games," a work written for them by Curtis-Smith, and the world-renowned husband and wife duo, Bolcom & Morris (pianist William Bolcom and vocalist Joan Morris), will close the program.

Curtis Curtis-Smith was born in 1941 in Walla Walla, Wash. He studied at Whitman College, Northwestern University, the University of Illinois, Tanglewood and the Blossom Music Festival. He taught composition at the University of Michigan and was a professor of music at WMU for 45 years. He was the recipient of over 100 grants, awards and commissions, including a Guggenheim Fellowship, the Koussevitzky Prize at Tanglewood and 26 consecutive Standard Awards from the American Society of Composers, Authors and Publishers.

He was, at age 38, the youngest faculty member ever to be awarded WMU's Distinguished Faculty Scholar Award, the University’s highest academic honor. In 1972, he invented the technique of bowing the piano, using flexible bows made of monofilament nylon line. This technique, exemplified in such pieces as "Rhapsodies of 1973," has been widely imitated and used by many other composers, including George Crumb.

In 2001, his "Twelve Etudes for Piano" were selected for the repertoire list for the Eleventh Van Cliburn International Piano Competition. After a performance of the etudes in Tully Hall by WMU professor Lori Sims, New York Times reviewer Bernard Holland wrote: "Mr. Curtis-Smith takes up where Debussy’s lonely, bleakly beautiful last music ends. Yet these pieces have a voice of their own. One hears ideas at work and a momentum that carries thoughts coherently and convincingly from first note to last."

As a pianist, Curtis-Smith appeared as a soloist in recitals at the National Gallery and the Phillips Collection in Washington, D.C. Orchestral appearances included performances with the Indianapolis, Seattle, Spokane and Kalamazoo symphonies.