Anita Hill's lecture has been rescheduled 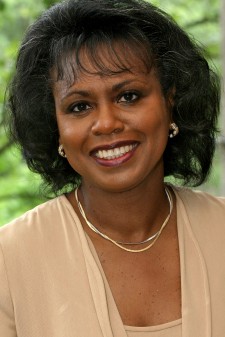 KALAMAZOO, Mich.—A presentation by Anita Hill, the woman who captivated the nation with her testimony of sexual harassment directed at then-U.S. Supreme Court nominee Clarence Thomas, has been rescheduled.

Hill will speak at 7 p.m. Monday, April 13, in Kalamazoo's Chenery Auditorium. Her appearance, part of the new "Raise Your Voice" speaker series, had to be rescheduled due to the severe weather.

The documentary, "Anita: Speaking Truth to Power," originally shown in late January, will be re-screened at 5:30 and 8 p.m. Thursday, April 9, at the Alamo Drafthouse, in downtown Kalamazoo at the corner of Portage and South streets.

The speaker series is led by the Lee Honors College, co-sponsored by the College of Arts and Sciences and the College of Fine Arts, and is being supported by multiple departments and units across campus and by organizations in the Kalamazoo community.

For more information, including a full listing of series sponsors, visit wmich.edu/honors/events/raise-your-voice.