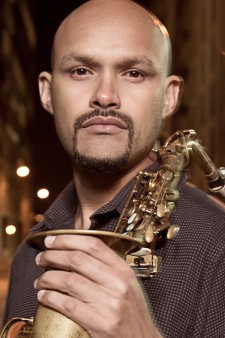 The March 14 concert will mark the culmination of the 35th Western Invitational Jazz Festival, which brings more than 300 high school students annually from throughout the Midwest to perform for adjudication. Master classes, clinics, and performances by WMU jazz students and faculty round out the daylong event, which is considered one of the premier collegiate festivals in the United States. The festival begins at 8 a.m. in the Dalton Center Recital Hall.

Zenón one of the most exciting young jazz artists of his generation. A MacArthur Foundation Fellow and recipient of the foundation's coveted "genius" grant, he was named Jazz Musician of the Year in 2014 by Jazz Times magazine. Zenón has been fronting the SFJazz Collective for several years and is recording and touring widely with his own group. He has been nominated for multiple Grammy Awards.