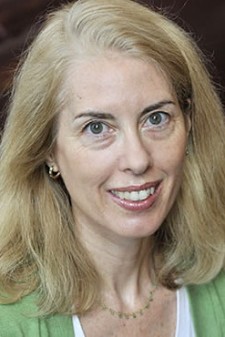 KALAMAZOO, Mich.—A University of Michigan economist will a take the long view of the Great Recession in March when she visits Western Michigan University as part of the 2014-15 Werner Sichel Lecture Series.

Dr. Kathryn Dominguez, a professor of public policy and economics at the University of Michigan, will speak at 3 p.m. Wednesday, March 4, in 2028 Brown Hall. Her presentation is free and open to the public and is titled "International Dimensions of the Great Recession and the Weak Recovery."

In addition to being a professor of economics, Dominguez is a research associate at the National Bureau of Economic Research. Her research interests include topics in international financial markets and macroeconomics, and her recent work focuses on European economics in the Great Recession and how exchange rates and reserve management impact their recovery.

This year's Sichel Series carries the theme "Lessons from the Great Recession" and features leading economists from across the country. Other dates, presenters and topics in this year's series are:

The Sichel Series is organized by the WMU Department of Economics and named in honor of Werner Sichel, a longtime WMU economics professor and former department chair, who retired in 2004. The series is annually cosponsored by the College of Arts and Sciences and W.E. Upjohn Institute for Employment Research. The lectures are open to the public and formatted with the general public in mind. This year's series is being organized by Dr. Eskander Alvi, a WMU professor of economics.