Feminist author, activist to speak as part of new series 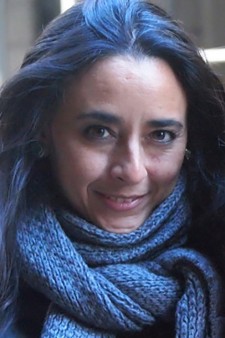 KALAMAZOO, Mich.—A famous feminist author and activist will speak next month at Western Michigan University as part of a new speaker series.

Soraya Chemaly, a critic whose work focuses on women's rights and the role of gender in politics, religion and popular culture, will speak at 7 p.m. Tuesday, March 3, in 2000 Schneider Hall, home of the Haworth College of Business. Her presentation, titled "Effecting Change through Social Media," is free and open to the public and part of the new Raise Your Voice speaker series sponsored by the Lee Honors College.

Chemaly is a regular contributor to Salon, The Huffington Post, RHRealityCheck, Fem2.0, Role Reboot, The Feminist Wire and other online media. Her work also appears in The Guardian, Ms. Magazine and CNN. She is a frequent radio and online commentator with Al-Jazeera, the Canadian Broadcasting Corp., the BBC, and the Voice of Russia and has appeared on NPR's Talk of the Nation.

The new Raise Your Voice speaker series arose from discussions at the WMU Lee Honors College about issues of violence and hostility against women that have surfaced in recent months. The speaker series is led by the Lee Honors College, co-sponsored by the College of Arts and Sciences and the College of Fine Arts, and is being supported by multiple departments and units across campus and by organizations in the Kalamazoo community.

For more information, including a full listing of series sponsors, visit wmich.edu/honors/events/raise-your-voice.