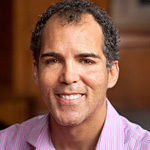 Seating is limited, so those interested in attending Forman's presentation are urged to reserve a place today at wmich.edu/walkerinstitute. A reception will precede the presentation from 6:30 to 7 p.m.

The next three scheduled forums will take place at 7 p.m. in various Kalamazoo-area locations.

Dr. Timothy Ready, director of the Walker Institute, says the Unequal Justice series will look for solutions to issues in the community that deal with racial isolation, racial differences and, in particular, the functioning of the criminal justice system.

"The United States has the highest rate of incarceration of any country in the world and for African-Americans, the rate is far higher than it is for whites," Ready points out. "We need to ask whether the system is as fair as it can be and whether policing is done in the best possible way or not. The school-to-prison pipeline is talked about around the country and it exists here, as well.

Ready adds that the city of Kalamazoo has big challenges, despite the free college tuition program known as the Kalamazoo Promise.

"That program is a unique resource in this community," he says. "But unfortunately, far too few kids are able to fully take advantage of it."

Forman is the son of the late civil rights leader, James Forman, who was executive secretary of the Student Nonviolent Coordinating Committee in the early 1960s. He is writing a book about African-American attitudes towards crime and punishment in the age of mass incarceration.

After graduating from law school, Forman was a law clerk for Judge William Norris of the U.S. Court of Appeals for the Ninth Circuit and Justice Sandra Day O’Connor of the United States Supreme Court. He subsequently joined the Public Defender Service in Washington, D.C., where for six years he represented both juveniles and adults charged with crimes.

Frustrated with the lack of education and job training opportunities for his clients, Forman in 1997 co-founded Washington's Maya Angelou Public Charter School, an alternative school for school dropouts and youth who had previously been arrested. Since then, the school has been expanded and is now run from inside the District of Columbia's juvenile detention center and has been credited with producing an "extraordinary" turnaround in Washington's juvenile system.

To make a reservation for the March 30 forum, visit wmich.edu/walkerinstitute.

Directions to the Fetzer Center are available at wmich.edu/fetzer/directions. Parking, accessibility and other WMU maps are available as layers to the interactive map posted at http://maps.pp.wmich.edu.

For more information about the Unequal Justice series, call the Walker Institute at (269) 387-2141.