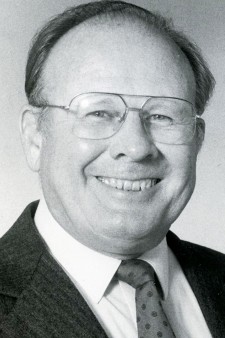 Grandstaff joined the WMU faculty in 1965 and retired in 1991 after 26 years of service to the University.

He directed more than 50 plays during the course of his career and wrote a play titled "Relicts," based on one of the most significant figures of the 19th century woman's rights movement. Grandstaff co-authored the book "Acting and Directing" for play production in high school. He also wrote a one-act play, "Pithing Stuff," that recounts the career of a retiring professor.

Memorial gifts may be made to Sue's Loving Care, 2827 Courtlandt Ave., Kalamazoo MI 49004, in memory of Russell Grandstaff.