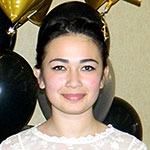 The 2015 scholarship recipients are Amanda Barkman, a senior at Kalamazoo Central High School and the daughter of Todd and Caroline Barkman, and John Schneidenbach, a senior at Portage Central High School and the son of Wally and Jill Schneidenbach. They each will receive $20,000 over four years to pursue a degree in community and regional planning, geography, or tourism and travel. 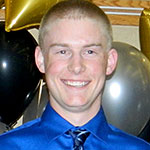 The awards are made possible through the Mary Upjohn Meader Endowment in WMU's Department of Geography. The fund is named for the celebrated Kalamazoo resident who was an aviation pioneer, an ingenious photographer and a philanthropist who gave generously to education and the arts.

As a young woman in 1937, Meader flew over both South America and Africa and took a treasure trove of aerial photos that are still being used by scholars today. She became the 79th person to sign the American Geographical Society's Flyers' and Explorers' Globe to mark those momentous flights. She was invited to sign twice, adding her name to those of Charles Lindbergh, Amelia Earhart, Sir Edmond Hillary, Admiral Robert Perry, Admiral Richard Byrd and the Apollo 8 astronauts.

For more information about this scholarship and others in the Department of Geography, visit bit.ly/1aXvUY3 or call (269) 387-3411.