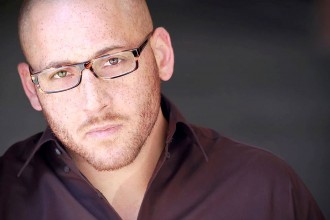 KALAMAZOO, Mich.—A global speaker, author and mental health advocate will share the powerful story of his unlikely survival and strong will to live during two appearances in Kalamazoo.

For the 2015 Respecting Differences program, Hines will present "Living Mentally Well" at 9:30 a.m. and again at 2 p.m. Thursday, April 30, in Chenery Auditorium, 714 S. Westnedge Ave. All seating is general admission, and both sessions will include an on-stage American Sign Language translator.

Members of the public are invited to attend all of the talks at no cost. Hines will be doing a book signing after each presentation, and his memoir, "Cracked Not Broken," will be available for purchase.

Two years after being diagnosed with bipolar disorder at age 19, Hines jumped from the Golden Gate Bridge. He became one of only 34 people, or less than 1 percent, to survive the 220-foot fall. Now, he shares his message of living mentally healthy with audiences around the world.

His will to live and stay mentally well has inspired diverse audiences, including students and members of the military, clergy, law enforcement and health communities. Hines believes in the power of the human spirit and in people's ability to live mentally well—maybe not every day, but certainly most days. His mantra is: "Life is a gift, that is why they call it the present. Cherish it always."

For his outstanding work as a suicide prevention advocate and speaker, Hines earned a Lifetime Achievement Award from the National Council of Behavioral Health in 2012. Among his many other accolades are receiving an Achievement Award from the U.S. Department of Veterans Affairs, receiving a Three Star Marine General's Medal Award, and being named a Voice Awards Fellow and Consumer Leadership Award winner by the Substance Abuse and Mental Health Services Administration in the U.S. Department of Health and Human Services.

Hines is a member of the National Suicide Prevention Lifeline's Consumer/Survivor Subcommittee and sits on honorary boards of both the International Bipolar Foundation and the Bridge Rail Foundation. In addition, he was a two-term member of San Francisco's Mental Health Board and has spoken in congressional hearings alongside Patrick Kennedy in support of the Mental Health Parity Bill.

His 2013 memoir, "Cracked Not Broken, The Kevin Hines Story," continues to sell out and is on several bestsellers' lists. Hines' story also is featured in the 2006 documentary film "The Bridge" by Eric Steel. The film explores the mythic beauty of the Golden Gate Bridge as well as multiple deaths in 2004 that contributed to its reputation as the most popular suicide destination in the world.

The annual Mental Health Breakfast not only honors the individuals KCMHSAS serves, it also promotes the importance of mental health awareness and advocacy. Following Hines' presentation this year, there will be open-microphone time for audience members who wish to share their stories or make other comments about mental health services.