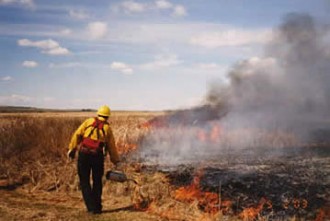 A prescribed burn was last conducted at the Asylum Lake preserve in 2007.

If conditions are unsuitable, the burn will be held on another April or May weekend.

Prescribed burns are fires that are intentionally set and carefully managed. They are periodically necessary to maintain and promote the health of the native prairie grasses found in the southwest corner of the Asylum Lake Preserve. Burns also took place there in 2003, 2005 and 2007.

Paul MacNellis, a retired WMU director of landscape and transportation services who is helping to organize this year's burn, says the activity is done with the approval and cooperation of all necessary local jurisdictions, and planned and executed to minimize the amount of smoke produced.

MacNellis adds that wind speed, relative humidity and other conditions must be right for a burn to take place. Consequently, organizers wait until 24 hours before a scheduled burn to give the go-ahead, and if it does, safety equipment is on hand for fire monitoring and control. 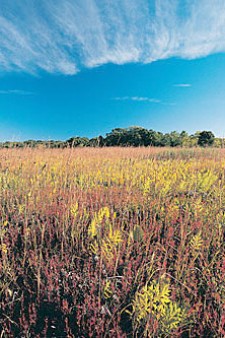 Fire used to be a regular and frequent part of prairies, oak-hickory woodlands, certain wetlands and other native ecosystems in the Midwest, notes Steve Keto, WMU natural areas and preserves manager. Whether started by lightning or Native Americans, it stimulated various plant species to grow more vigorously and discouraged others that were not adapted to fire.

"Without regular burning, fire-adapted ecosystems are invaded by non-native plants and develop less native plant and animal diversity," Keto says. "Returning fire to a site gives the competitive advantage back to the native species and restores the site to its former ecological health."

To learn more about the Asylum Lake Preserve, visit wmich.edu/asylumlake or contact Steve Keto at steve.keto@wmich.edu or (269) 760-9023.

For more information about the burn, contact Paul MacNellis at paul.macnellis@wmich.edu or (269) 744-7718.