Olympic gold medalist to give public talk about resilience 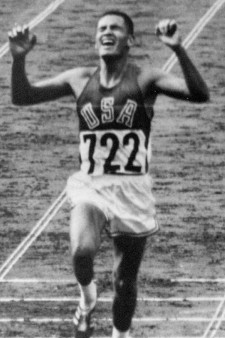 KALAMAZOO, Mich.—Olympic gold medalist Billy Mills will be on the Western Michigan University campus Monday, Sept. 21, to present a talk about resilience to students.

His presentation, titled "The Resilience Factor," is free and open to the public, and set for 6:30 p.m. in 1001 Wood Hall. It is a motivational talk about overcoming obstacles in life and encourages people to find things they are passionate about that will move them forward.

While on campus, Mills will meet with two groups of WMU scholarship students, many of whom had early life experiences that closely parallel his own. Mills was orphaned at age 12 and grew up in poverty on the Pine Ridge Indian Reservation in South Dakota.

He started running to channel his energy into something positive. His determination led him to the 1964 Olympics, where he shocked the world and came from behind to win the gold medal in the 10K race. He is the only American to ever bring home gold in that race, and his upset win has been called the second greatest moment in Olympic history. 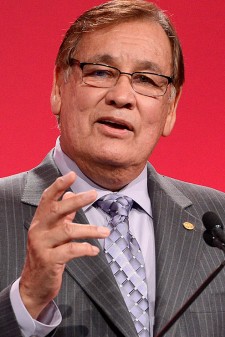 Mills is Oglala Lakota, or Sioux, and credits his culture with helping him achieve his goals. The Lakota culture encourages those who achieve great success to give back to the community as thanks for the support system of family and friends that aided them. To give back, Mills helped found Running Strong for American Indian Youth and became the organization's national spokesperson.

He travels to American Indian communities throughout the United States and speaks to young people about healthy lifestyles and taking pride in their heritage. In 2012, he was awarded the Presidential Citizens Medal—the second highest civilian award in the country—by President Barack Obama for his work with Running Strong.