University to honor its top four staffers for 2014-15

KALAMAZOO, Mich.—Four staff members who have made exceptional contributions to Western Michigan University have been selected to receive the Annual Make a Difference Award.

The recipients for 2014-15 are Kevin Knutson, Caroline M. Ray, Terri L. Riemland and Michiko Yoshimoto. They will be recognized during WMU's annual Academic Convocation at 2 p.m. Friday, Oct. 2, in the Dalton Center Recital Hall.

The Annual Make a Difference Award is the highest honor WMU bestows specifically on non-faculty employees for their service. Recipients are selected from each academic year's semiannual award winners. As such, they represent each year's most outstanding employees—the best of the best. 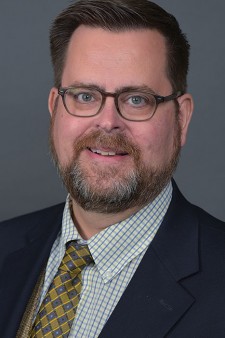 Knutson has been director of academic advising in the College of Arts and Sciences since 2006. He began his WMU career in 1994 as a residence hall director and has been serving in student advising roles since 2000. The National Academic Advising Association in 2011 selected him to receive its Outstanding Advising Award in the Academic Advising Administrator Category.

Those nominating Knutson for WMU's Make a Difference Award were nearly unanimous in their praise of his dedication to students and the academic advising field. Time and again, they lauded him for his passion for helping students succeed and for going the extra mile to make sure they do.

Many nominators also cited Knutson as an expert in his field who has an encyclopedic knowledge of not only his college's curricula, but also the curricula offered across campus. Additionally, they noted that he has made immense contributions to advising at WMU through his collaborative approach, constant attention to best practices, leadership of the arts and sciences advising staff, and active involvement in promoting and improving academic advising throughout the University.

"Our current success with academic advising, as noted by the results of the National Survey on Student Engagement, can, in no small measure, be attributed to him," one supporter wrote. "Kevin is not shy about rolling up his sleeves and getting new initiatives going all in the name of helping our students succeed."

Numerous other nominators focused on Knutson's personal characteristics, describing him as being remarkably approachable, profoundly humble, the ultimate student advocate and someone who seemingly brings limitless integrity and compassion to his work. 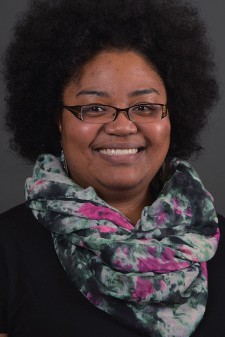 Ray, a former student employee at WMU, joined the professional staff in 2008 as an employer relations/recruiter in the Haworth College of Business Career Center. She was promoted to career development specialist in the Career Center in 2013.

Ray's nominators consistently praised her for the exceptional job she does helping students find their career path. They cited her in particular for her commitment to students and willingness do whatever it takes to help them.

"Caroline reaches out in multiple capacities above and beyond the call of her normal duties in order to assist students in professional and personal development," one nominator wrote. "I would recommend Caroline for this award multiple times if I could."

Most supporters also praised Ray for devoting huge amounts of time to volunteer activities that enhance student's academic growth. Activities cited most often include her service as staff advisor for the Alpha Kappa Psi professional business fraternity, and teaching sections of a First-Year Experience and Reclaim the W class.

Nominators especially singled out her teaching and other work with the Reclaim the W initiative, a program that helps WMU retain students who underperformed in their first year at the University and were dismissed. They emphasized that Ray has taken on considerable responsibility with the program, which she helped establish.

"Her compassion for others is immeasurable and can be seen visibly in her daily routine," wrote one student who took the Reclaim the WMU class and now works under Ray in the Career Center. "She embodies someone that we all wish we were: a caring, compassionate person with years of knowledge and the drive to empower students and change lives."

As another supporter put it, "I have watched her in the classroom and with these students and her passion is second to none—as if these students were her only commitment in the world." 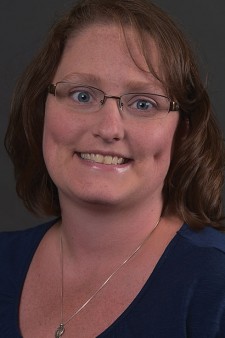 Riemland has been a senior administrative assistant in Student Activities and Leadership Programs since 2009. She came to the University in 2005 as an office assistant in the Department of Computer Science. She held similar positions at the WMU-Southwest regional location and in the Department of Human Performance and Health Education before being promoted to her current post.

Nominators lauded Riemland for her devotion to both students and the Student Activities and Leadership Programs office. They emphasized that she provides unparalleled support for the University's registered student organizations and is the lynchpin that keeps her office running smoothly.

"She assists with the implementation of the office's events at all hours, does the work of several people and is still there for the entire staff to lean on," one supporter reported.

After writing at length about the numerous ways in which Riemland serves her office, one colleague confessed that there is no way to list every example of how Riemland goes above and beyond the call of duty.

"Terri is a staff member who is absolutely irreplaceable," the colleague wrote in summation. "She does so much more than her job requires—patiently, efficiently and effectively. She is the ultimate team player."

Several current and former students and colleagues lionized Riemland for her warm and thoughtful nature as well as her professional skill, superlative work ethic and laser-like focus on students. One nominator wrote that Riemland keeps students and what they need in mind to such a degree that the Make a Difference Award could have been crafted specifically for her.

In keeping with that sentiment, a WMU alumnus wrote: "This nominee is the shoulder to lean on, the glue to our office, the rock in a support system, the fixer of our problems and truly has a passion for what she comes to campus every day to do—support the students and programs at this wonderful University." 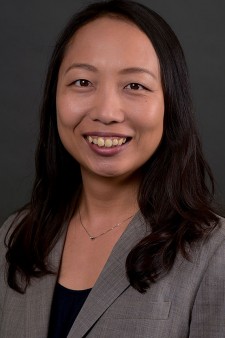 Yoshimoto is program manager for the Soga Japan Center, a position she has held since joining its staff in 2014. Previously, she had worked at various times between 2012 and 2014 as a graduate assistant, student employee and temporary employee in the Haenicke Institute for Global Education and the Department of World Languages and Literatures.

Nearly all of those nominating Yoshimoto praised her for dramatically increasing WMU's regional profile as a go-to place for information about Japanese culture and for being instrumental in the growth of WMU's Japanese language program. They cited her outstanding organizational abilities, innovation and boundless energy as key factors in those improvements.

"It is rare to find someone who goes so consistently far beyond the call of duty. Our outreach coordinator has been so active in planning events on the weekends and in evenings that I have on several occasions urged her to slow down," one of her former supervisors wrote  "Nonetheless, she continues to work at a pace that makes my head spin. Her sense of dedication, organization and maturity is remarkable, and goes well beyond anything that is expected of her."

The same supervisor added that many current WMU students have told him they enrolled at WMU after meeting Yoshimoto or hearing one of her presentations. "We now have 94 majors and minors in the Japanese-language program," he noted, "making Japanese the second largest language program at WMU after Spanish."

Yoshimoto also was highly praised by several of the more than 3,000 students and community members she interacts with each year as she bolsters on-campus programming, forges partnerships with Japanese companies and potential donors, and visits schools, libraries and other organizations around Michigan.

She was consistently described as being a welcoming and inspiring presenter who is able to relate to people of all ages while giving generously of her personal time. "She attends our group on a monthly basis...is extremely dependable, always engaging and patient with high school-age kids," the head of a Japanese pop culture interest group at the Kalamazoo Public Library wrote. "She's been an incredible resource for the group."

Nominators noted that Yoshimoto continually looks for opportunities to expand the horizons of WMU students. She established a conversation forum for WMU students who are learning Japanese and has included students in her outreach activities. While working to bring Japanese culture to Americans, her supporters reported that she also is intent on learning more about U.S. culture. As one nominator wrote, she is "a solid example of what it means to be a globally engaged Bronco."