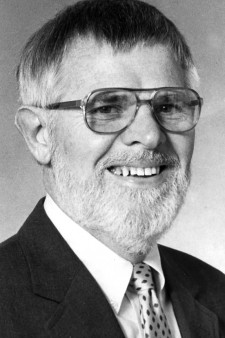 James "Jim" W. Dempsey, emeritus coordinator of transfer relations and a former acting director of the Office of Admissions at Western Michigan University, died July 12. He was 84.

Dempsey joined the staff of what is now the Office of Admissions in 1973 and retired in 1991 after 17 years of service to the University. After starting his WMU career as an admissions counselor, he was promoted to assistant director of beginner admissions in 1978 and to associate director of that division in 1981.

He was appointed acting director of the admissions office in 1983-1984 while a nationwide search was conducted for a director. Two years later, Dempsey was tapped to become coordinator of transfer relations. The newly created position was designed to recognize the increasing importance of transfer students and to spur increased service to and connections with community colleges in Michigan.

While working at WMU, Dempsey also taught part time at Kalamazoo Valley Community College and Lake Michigan College. He was a member of WMU's Administrative Professional Association as well as the Michigan Association of Collegiate Registrars and Admissions Officers and the Michigan Counseling and Personnel Association.

In 1986, Dempsey helped found the campus' alumni association chapter of the Phi Theta Kappa Society, the national honor society for two-year colleges. The PTK Alumni Association at WMU was the first such group chartered in Michigan, and Dempsey served as its advisor for several years.

He was named to the national PTK society's Alumni Hall of Fame at its 72nd annual convention, during which he was cited for his outstanding dedication to the purpose and mission of the society's National Alumni Association, his service to WMU's chapter and his continuing commitment to Phi Theta Kappa.

Dempsey earned a bachelor's degree in history as well as in divinity from Huntington College and a master's degree in education as well as in psychology from WMU. Prior to joining WMU's staff, he was a Methodist minister in Michigan for 18 years.

The family obituary and a message book are available at legacy.com/obituaries/sacbee.

Memorial gifts may be made to the Lewy Body Dementia Association, the Music at Noon program at Westminster Presbyterian Church in Sacramento, or a charity of choice.