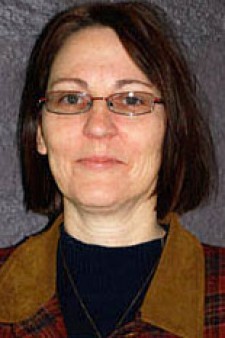 Joyce has been a member of the WMU faculty since 1996, having received chemical engineering and wood and paper science bachelor's degrees, a textile and polymer chemistry master's degree and a wood and paper science doctoral degree, all from North Carolina State University, and has gone on to become an extremely productive scientist. Prior to joining the faculty, she was employed at SYN-CHEM Inc. as technical service manager and director of research from 1985-96. During her tenure in the private sector and as a faculty member, she is acknowledged to have made a significant contribution to the paper industry as a research scientist and demonstrated creative talents, particularly in the coating and printing areas.

Joyce has both presented and published her research extensively for the benefit of academia and paper and printing industries, demonstrating both her creativity and tremendous productivity in both the printing and paper industries, contributing to analytical technique, formulation, methodology, equipment design and configuration and new product design. Her work in the areas of nanotechnology, high-speed curtain coaters and radio frequency identification, or RFID, are considered at the leading edge of development. She is a member of a long list of professional societies within the industry, including the Technical Association of the Pulp and Paper Industry, or TAPPI, Phi Lambda Upsilon, the American Chemical Society, Society of Rheology and International Association of Packaging, as well as a reviewer for the International Journal of Solids and Structures. In 2013, she won the TAPPI Coating and Graphic Arts Division's Education and Mentoring Award and MeadWestvaco Prize.

With her help, WMU will play a critical role in a new $171 million manufacturing innovation initiative announced Aug. 28 by U.S. Secretary of Defense Ashton Carter at NASA's Ames Research Center in San Jose, California.  The Flexible Hybrid Electronics—FHE—Manufacturing Innovation Institute is the nation's newest member of the Obama administration's Nationwide Network for Manufacturing Innovation. WMU is one of four nodes around the nation named in the proposal and as such, will create the Flexible Electronics Applications and Technology—FEAT—Center on campus. This is the culmination of two year's effort demonstrating the capabilities and results of CAPE—the University's Center for the Advancement of Printed Electronics, which has been honored for its groundbreaking work in advancing the field of flexible electronic and printed electronic technologies. Joyce is co-director of the new FEAT center.