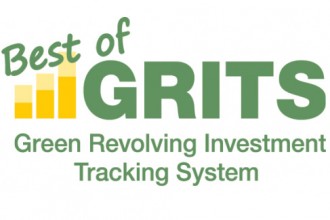 WMU has again been recognized for its sustainability initiatives.

In an announcement Nov. 10 the organization that manages the nation's Billion Dollar Green Challenge lauded WMU as one of the colleges and universities that have captured the top performance slot in the organization's Green Revolving Investment Tracking System—known as GRITS.

The Best of Grits awards recognized:

The GRITS program is tracking more than 1,300 completed projects that have saved more than $138 million and 18 million MMBTU of energy. Together, the projects report a median annual return on investment of 18.6 percent.

"The Best of GRITS awards recognize some of the great work that is being done in the field," says SEI's Executive Director and Founder, Mark Orlowski. "We're excited about the performance of these projects and hope that other institutions can look to this work as strong examples of how an institution can cut their greenhouse gas emissions while cutting costs."

WMU was singled out by the Sustainable Endowments Institute in 2011 as home to the nation's oldest green revolving fund. Such funds are tools that allow institutions to invest in sustainability projects and then harvest the savings from those projects to invest in new energy projects. Considered a new campus tool by most schools in the early part of this century, WMU's semi-revolving fund was established in 1980 and has financed more than 100 campus projects with an average annual return on investment of 47 percent. WMU also is a founding member of SEI's Billion Dollar Green Challenge, the goal of which is to invest a cumulative total of $1 billion in self-managed green revolving funds that finance energy efficiency upgrades on campus.

"This new honor from SEI is an acknowledgement of WMU’s long-term, innovative approach to cost-saving energy conservation," says Dr. Harold Glasser, WMU executive director for campus sustainability and professor of environmental and sustainability studies. "This approach helped create a firm foundation for WMU’s more recent, broader efforts to build a culture of sustainability on campus and beyond."

WMU Associate Vice President for Facilities Management Pete Strazdas notes that the new national recognition required the tracking and careful input of data on projects that date back some 20 years. The GRITS software tool, he says, points the way for other school to find the same level of success. As president of the APPA, the national professional organization for facilities management professionals, Strazdas was able to negotiate free access to the GRITS tool for all North American educational institutions.

"This should grow an already very impressive energy conservation project data base and offer paths to success for other schools," Strazdas says.