WMU to use large grants to study improvements to aviation safety 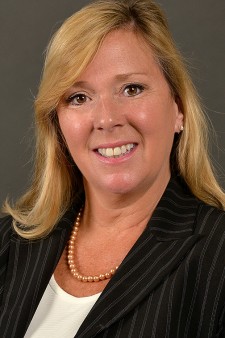 The grants fund three of four Federal Aviation Administration projects aimed at improving the use of weather in the cockpit. The goal is to use the latest weather technology research to improve pilot decision-making during adverse weather conditions and enhance crew awareness.

"The bottom line is that aviation overall has increased in safety," says Lori Brown, WMU associate professor of aviation, who is principal investigator for WMU on two of the research projects. "About two-thirds of all general aviation accidents that occur in instrument meteorological conditions are fatal—a rate much higher than the overall fatality rate for general aviation."

In one project, titled "Visual Flight Rules into Instrument Meteorological Conditions Transition" and funded by a $104,226 grant, Brown and WMU are partnering with Purdue University. In the project's first phase, researchers surveyed more than 600 pilots and conducted focus groups to identify the gaps in weather-related pilot training.

"We wanted to find out how come aviation safety is improving as a whole," Brown says, "but general aviation weather-related accidents are still occurring. We've been looking to find where the gaps are and what we can do to close the gaps."

Not all pilots are trained in a structured academic program like the WMU College of Aviation, Brown adds. "It can be a different experience, based on where you're getting your training," she notes. "We're trying to develop something that could be available through an electronic link—computer-based training to pilots in the entire nation."

In phase two, researchers are testing pilots who have received enhanced training using events from real accidents, Brown says. Pilots go through training, respond to events, make decisions and then are evaluated and compared with those receiving traditional training.

"In the survey and focus groups we conducted, the pilots themselves, the examiners and the certified flight instructors indicated the gap is the lack of ability of pilots to correlate the weather knowledge that they have," Brown says. "In other words, they're learning about weather, they're learning how to read charts and graphical displays, but it doesn't really prepare them to have the ability to make sound decisions in-flight, to put decision-making and weather knowledge together. That's one of the gaps we're looking at."

weather technology in the cockpit

Brown's second research project, titled "General Aviation Weather Alerting," is funded with a $158,906 FAA grant in partnership with Texas A&M University. It will look closely at weather technology in the cockpit and weather devices and functions.

In particular, Brown's second project is collaborating with Dr. Thomas Ferris at Texas A&M University and such industry partners as Delorme and Lockheed Martin, to come up with innovative ways to alert pilots. One is to use Delorme's inReach device, which uses the Iridium Constellation Satellite Network to reach pilots anywhere in the world, including in remote areas where they have lost radar. Using the satellite system, researchers are able to send pilots weather updates through Lockheed Martin's Adverse Condition Alerting System. Another method is to communicate with pilots using a vibrating wristband to let pilots know there is new weather information available. The new information is displayed to the pilot on the Pebble watch, using the vibration to call attention to the new information. This is the first study of its kind to evaluate weather alerting sent to a wrist device. The evaluations took place in Atlantic City at the FAA’s Hughes Technical Center and in-flight in WMU aircraft piloted by College of Aviation instructors.

The College of Aviation is now drafting a proposal for phase three of their research to look at retention of new training modalities in aviation to reduce accident risk for weather-related accidents in general aviation. 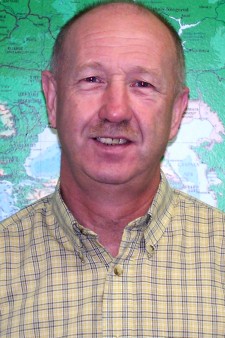 The third WMU project, titled "General Aviation MET Information Optimization," is also in partnership with Purdue University and funded with a $171,558 FAA grant. Geoff Whitehurst, associate professor of aviation, is WMU's principal investigator. Whitehurst is overseeing a research team that is investigating the effect of latency or delay due to data transfer rates of NEXRAD information presented to pilots during bad weather.

Radar images can be from seven to up to 12 minutes old. A pilot using only that radar image might see clear skies ahead, when it was actually clear seven to 12 minutes earlier. That latency period has been absent in flight simulation training.

Whitehurst and his fellow researchers have developed a computer-based training aid which replicates NEXRAD radar imagery that has the delay built into it for flight simulation.

"General aviation pilots often believe that the weather images they receive in the cockpit are a true representation of what is occurring in front of them," Whitehurst says, "when in fact the information can be up to 30 minutes old. They base their decisions on where the weather, possibly thunderstorms, was and not where it is now. The simulation will allow general aviation pilots to experience this delay and the problems associated with basing decisions on 'old' information, while safely on the ground."