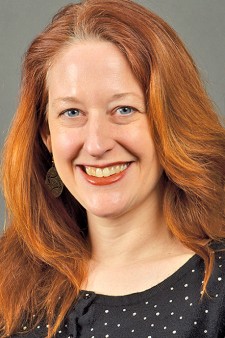 Koretsky, who has served as the honors college dean for the past three years, was appointed to take the helm of the University's largest college following a nationwide search. Announcement of her appointment, which must be approved by the WMU Board of Trustees, was made by Dr. Timothy J. Greene, provost and vice president for academic affairs.

"I am delighted that Dr. Koretsky has agreed to step forward and take on this new role," Greene says. "She's shown talent and a real affinity for leadership as she's shepherded the honors college to record enrollment and new levels of scholarship and accomplishment over the past few years. We look forward to watching her use those same skills in the college that is her academic home."

Koretsky who has held faculty rank in the College of Arts and Sciences since her arrival on campus in 2000, says she is "deeply honored" to have been chosen for the position.

"The skills I gained from my own undergraduate education in a liberal arts college have tremendously benefited me throughout my own career as a professional scientist, teacher and administrator," she says. "I am passionate about the value of the liberal arts, and from my many years of experience at WMU, I know very well that we are fortunate to have a truly outstanding College of Arts and Sciences. I look forward to working with the talented and passionate staff, students, faculty and friends of the college to promote continued excellence in teaching, scholarship and service to our broader community."

An active researcher, Koretsky focuses on aqueous geochemistry and biogeochemistry, seeking to integrate field, laboratory and modeling studies of mineral-water-biological interactions near the earth's surface.

She has been awarded more than $1.1 million in external grants from agencies such as the National Science Foundation, U.S. Department of Energy and American Chemical Society. Those grants included a prestigious NSF CAREER Award. Her research has appeared in some 130 journal articles and abstracts, and she has presented her research findings at conferences and invited lectures around the world. In 2014, she was selected as the winner of an international award for distinguished service to her profession by the Geochemical Society.

As dean of the Lee Honors College, she has presided over record growth as the college's enrollment climbed from 1,639 in 2013 to 1,756 last fall. Her tenure as dean has included launch of a number of popular initiatives such as a Raise Your Voice speaker series bringing such icons as Gloria Steinem and Anita Hill to campus. She also has guided the honors college in sponsoring an annual single-topic lecture series. This year that focus is on water as an essential global resource.

Koretsky replaces Dr. Keith Hearit, who was appointed in early 2015 to serve as interim dean of the College of Arts and Sciences while the search for a new dean was conducted.

"Keith Hearit has done a tremendous job as interim dean, and we owe him our gratitude for keeping the college on track and moving forward while we went about the work of selecting a new leader for the college," Greene says. "For a college of such size and complexity, that kind of management is an enormous task."