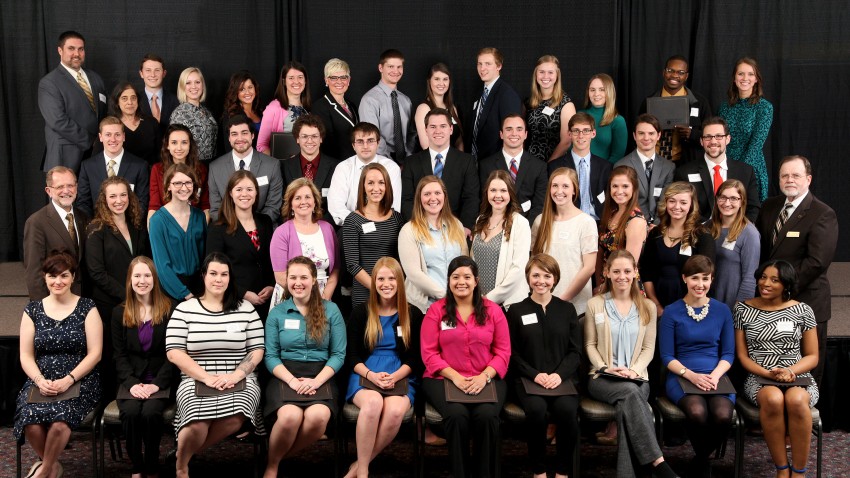 The annual Presidential Scholar designation is the highest honor WMU can bestow on an undergraduate. The award goes to the most outstanding seniors in each of the University's academic schools, departments and specialty programs.

Only the highest caliber of students receive the award. They are selected on the basis of their general academic excellence, academic and artistic excellence in their majors, and intellectual and artistic promise.

The convocation, which also celebrates the overall excellence of the University's students, includes a program and closing reception. The event is co-sponsored by the Office of the President and Faculty Senate.

The 2016 Presidential Scholars come from across Michigan as well as other U.S. states. Some of them graduated from WMU in December 2015 and several more graduated April 30, during spring commencement exercises. They are listed by state, with Michigan recipients appearing first, then by hometown. Their biographies reflect information obtained earlier this spring.