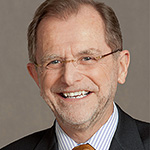 KALAMAZOO, Mich.—Western Michigan University's president and the University's chief international education official have been invited to United Nations headquarters in New York City to speak during a Friday, May 6, session focused on educational opportunities for young people in the Arab World.

WMU President John M. Dunn and Dr. Wolfgang Schlör, associate provost for the University's Haenicke Institute for Global Education, will be part of panels developed around the recent "Arab Knowledge Index," released by the United Nations Development Programme in the Arab States last December in Dubai. The pair will be joined by panel moderator Dr. Essam Heggy, an Egyptian-French-American space scientist who has ties to NASA and serves as a professor of geosciences at WMU. 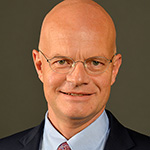 The morning U.N. session will include two panel discussions—one on the implications of the Arab Knowledge Index for reform and innovation in the Arab world, and a second on education in the Arab world used as a pathway to tolerance, peace and youth development. Schlör will take part in the first panel, and Dunn will speak as part of the second. Other presenters will be educators from the Massachusetts Institute of Technology, the Kid's Museum in Jordan, the California Institute of Technology and the University of Southern California.

WMU has actively recruited students in the Arab world for decades. About a third of the University's current international student population of nearly 1,900 comes from the 22 nations that make up the Arab world. WMU's largest number of Arab students come from Saudi Arabia and Iraq.