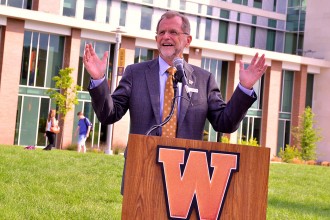 Dunn, who is WMU's eighth president, announced his retirement in a message to the University community Aug 1. In the message, he described plans for a coming year full of work still to be completed, and he noted he was announcing his retirement date now, only to "ensure that the trustees, in consultation with the University community, have adequate time to conduct a national search for the person who will become the ninth president of WMU."

Dunn's current contract extends through June 30, and he has accepted a request from the WMU Board of Trustees to serve in the capacity of president emeritus for the year following his tenure as president. That agreement was built into his most recent contract extension. 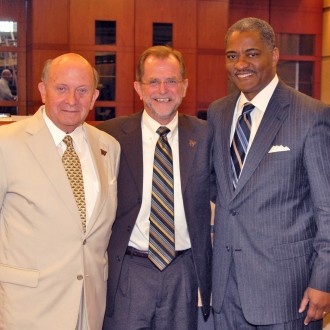 "I will undertake assignments, as determined by the trustees and the president-designate," Dunn wrote." My intent is to be helpful, but not intrusive, in the leadership and direction of the new president."

Board of Trustees Chair Kenneth Miller followed Dunn's message with one of his own, praising Dunn's accomplishments and outlining the board's next steps in the process of identifying the next WMU president. Miller, who led the search that brought Dunn to WMU in 2007, noted the level of accomplishment during Dunn's tenure.

"In just nine short years, President Dunn's record of accomplishment and the transformation he has led on campus and in the community have been remarkable," Miller said. "We are, today, a markedly different and stronger University than we were in 2007."

The launch of the WMU Homer Stryker M.D. School of Medicine, an affiliation that created the WMU Cooley Law School, a focus on sustainability and the establishment of programs for veterans and former foster care youth that became national models are among the initiatives most often cited in describing the Dunn presidency. 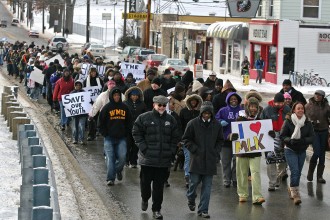 Miller said a Presidential Search Advisory Committee will begin work immediately and will be led by Trustee William D. Johnston as chair, and Trustee James Bolger as vice chair. Trustee Mary Asmonga-Knapp also will serve as a committee member. The process, Miller noted, will be one that includes broad representation of the faculty, staff, students and alumni as well as community members. 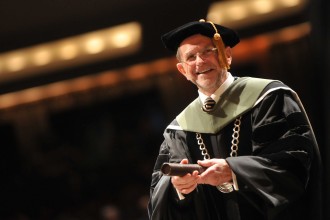 Dunn has awarded some 50,000 degrees to WMU students.

Dunn took office as WMU's president on July 1, 2007. He came to the University from Southern Illinois University, Carbondale, where he had been serving as provost, vice chancellor and then interim chancellor. Previously, Dunn was dean of the University of Utah's College of Health from 1995 to 2002. Before that, he was at Oregon State University for 20 years, last serving as associate provost.

As an academic, Dunn is internationally known for his research and writing about the long-term health of people with disabilities. His work includes more than 50 professional papers and book chapters. 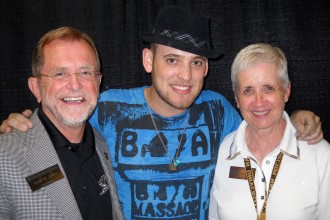 Since moving to Michigan, Dunn has been actively engaged with state and community efforts that focus on quality-of-life issues and enhancing economic development. He is a member of the boards of First National Bank, Southwest Michigan First and the WMU Foundation as well as the governing board of the W.E.Upjohn Institute.

He also is in his second term as chair of the Mid-American Conference President's Council and is in his final year as a board member of ACE—the American Council on Education.

Since his arrival in Kalamazoo, Dunn and his wife, Linda, have been unabashed fans of West Michigan and the Kalamazoo community. In his message to the campus Dunn pledged his continuing commitment to the University.

"This has been an incredible time in the lives of Linda and John Dunn, and we will always be thankful for the opportunity to be part of Western Michigan University, the Kalamazoo community and the region," wrote Dunn, who will be nearly 72 when he retires. " I hope it is clear to all that my respect and affection for this University will be sustained forever, and that I fully intend to be a supportive and helpful Bronco for the remainder of my life."