Honored military veteran to speak on campus about resilience 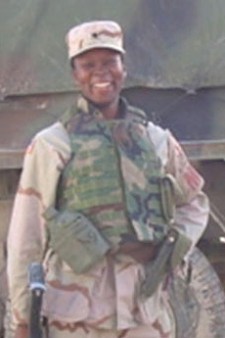 Her talk, "The Resilience Factor," is sponsored by WMU's Foundation Scholars, Kalamazoo Promise Scholars and Seita Scholars programs. Her talk is part of the Resilience Series, an annual event now in its second year.

Green lost her left arm and hand when she was wounded by a rocket-propelled enemy grenade while she was serving with the U.S. Army in Iraq May 2004. After medically retiring from the army the same year, she went back to school and is currently serving as a veterans affairs counselor. A Purple Heart award recipient, Green also was lauded as the the winner of the Pat Tillman Award, which is named for the ex-NFL star killed in Afghanistan in 2004 while serving as an elite army ranger. Green was honored with that award at the Excellence in Sports Performance Yearly Award, known as ESPYS, in July 2015.