KALAMAZOO, Mich.—A U.S. District Court judge and a president of one of the world's largest companies have been selected to receive the highest honor Western Michigan University can confer on its alumni—the WMU Alumni Association Distinguished Alumni Award.

The 2016 award recipients are Gershwin A. Drain of Detroit, a judge for the U.S. District Court for the Eastern District of Michigan, and James M. Field of Bettendorf, Iowa, president of Deere & Co.'s Agriculture and Turf Division with a focus on the Americas, Australia, and the global harvesting and turf platforms.

This year, WMU's 53rd Distinguished Alumni Award recipients will be recognized during a homecoming weekend reception at 6:30 p.m. Friday, Oct. 7, on campus. For more information about the award or to register for the reception, visit mywmu.com/dareception. Direct questions to WMU's Hardy Figueroa at hardy.figueroa@wmich.edu or (269) 387-8774. 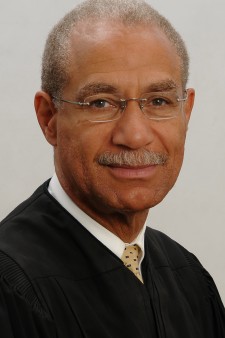 Drain was nominated by President Barack Obama to become a judge with the U.S. District Court for the Eastern District of Michigan and was confirmed for the position by an act of the U.S. Senate in 2012. Throughout his career, Drain has worked in various positions in the legal system, beginning in 1972 as a law clerk for Michigan's Third Circuit Court.

He subsequently served as counsel for the Detroit Department of Transportation, an attorney in the Federal Defender's Office for the Eastern District of Michigan, a judge on what had been the Recorder's Court for the city of Detroit, and a judge on Michigan's Third Circuit Court.

Additionally, Drain has served on many boards for community and religious organizations and was named Michiganian of the Year by the Detroit News in 1997. He played football for the WMU Broncos between 1967 and 1970 and earned a Bachelor of Arts in Secondary Education from WMU in 1970. He also earned a Juris Doctor from the University of Michigan in 1972 and a Master of Judicial Studies from the University of Nevada-Reno in 1991. He and his wife, Meredith, have two daughters, both of whom are lawyers. 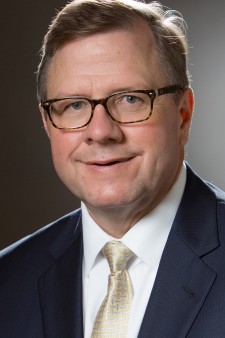 Field has spent much of his career at Deere & Co., one of today's most highly admired businesses. In 2012, he accepted his current post as president of the company's Agriculture and Turf Division-Americas, Australia, and global harvesting and turf platforms. He began his career with Deloitte & Touche, a major international accounting, tax and consulting firm in 1984 and enjoyed several promotions before joining Deere & Co. a decade later.

After beginning as manager of consolidations, he served the company in various positions, including in accounting, treasury, and business development and planning; as chief financial officer of Deere's former Timberjack Group; as vice president and comptroller; and as president of the Worldwide Commercial and Consumer Equipment Division. In 2009, he was promoted to senior vice president and chief financial officer.

As a student at WMU, Field was a member of Beta Alpha Psi, the national honors fraternity for financial information professionals. He earned a Bachelor of Business Administration in accountancy from the University in 1985. He and his wife, Jayne, have two children.

Established in 1963, the Distinguished Alumni Awards program honors and celebrates alumni who bring distinction to their alma mater through professional accomplishments and who have achieved a high level of success in their careers. Alumni are nominated by their peers and selected by the WMU Alumni Association Board of Directors.