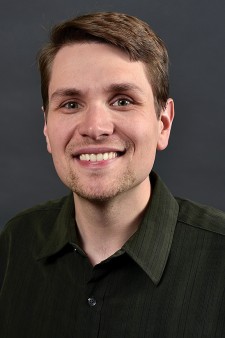 But a Western Michigan University researcher has found that's really not the case. In fact, three studies he has conducted over the past several years show very little connection between the two.

DeCamp conducted his most recent study with Dr. Christopher Ferguson, professor of psychology at Stetson University in Florida. He also has worked with Rebecca Sevin, a WMU sociology doctoral student, on research examining beneficial effects of video games. Their findings have been published in a number of leading scientific journals and online, including in the Journal of Youth and Adolescence and Sociological Research Online.

DeCamp says it seems nearly every highly publicized shooting comes with another slam against violent video games, and those claims are often perpetuated by the news media, politicians and other scholars. But these criticisms are vastly overstated.

"The young males in my research were in grades eight and 11. I found that just by themselves, even without any controls, violent video games were a poor predictor of violent behavior," DeCamp says. "Even in the best model, it only explained about 3 percent of the variation in violent behavior."

Even that 3 percent shrank when DeCamp accounted for other factors. He also found similar results among girls.

"After controlling for other factors," he says, "I found that not only were the effects very weak in comparison with other ones, they were mostly non-significant after you included those other controls."

DeCamp found that what was going on in the home was a better predictor of violent behavior.

"The parenting measures in my study were some of the bigger predictors," DeCamp says. "The parental attachment between the youth and the parent, the monitoring activities of the parents—that is, whether the parents are aware of what the kids are doing—and parental enforcement of the rules were all strong predictors. Seeing or hearing violence in the home and experiencing violence in the home were also powerful predictors. So home life seems to matter more than just playing violent video games."

Another parental factor that had a strong influence was whether parents engaged in activities with their children. DeCamp says other studies have shown that growing up in a violent neighborhood and whether your friends engage in violence also are significant factors.

Violent video games often are blamed after highly publicized shootings, both in the U.S. and abroad. Examples include the shootings at Virginia Tech, Sandy Hook and in Munich, Germany.

"We quickly see officials mentioning that these people play violent video games and that might have been an influence," DeCamp says. "But many times they end up finding out they actually didn't. And in other cases, it lacked the context of how little that might matter. In the Munich shooting, for example, they pointed out that the shooter as a fan of Counter-Strike video games. That's a video franchise that's had about $50 million in sales. So saying that one person who plays those went out and shot someone is problematic, statistically."

Whether violent video games lead to a desensitization of violence is questionable, DeCamp adds. Being exposed to violence first hand is different.

"Seeing and hearing violence in your home is a known contributor to violence in general," DeCamp says. "When someone is around violence in their everyday lives it kind of sets a normality for that. Some people who criticize violent video games talk about a desensitization effect. There are questions whether or not that is a concern. But when you're experiencing it in real life, that is definitely something that is known to be a factor, especially if we're talking about victimization."

Time not a factor

DeCamp's most recent study looked at how much youths were playing violent video games and whether that had an influence.

"So if they play it one hour a week, is that going to have a weaker effect than someone who plays it for 10 hours a week," he says. "This study seems to suggest that it may have an impact, but it doesn't have much of one, if it does."

DeCamp adds that his research with Sevin has suggested that playing violent video games can even have a beneficial impact.

"Youths who play these games," he says, "often are more interested in computer science or more comfortable with technology and computers."