KALAMAZOO, Mich.—Michigan Gov. Rick Snyder has appointed Ron Kitchens of Kalamazoo and Shani Penn of Detroit as new members of the Western Michigan University Board of Trustees.

Kitchens, chief executive officer of economic development agency Southwest Michigan First, will serve an eight-year term ending in 2024. He will replace Trustee James Hettinger of Fenville, whose term expires at the end of this year.

Penn is chief of staff to Chancellor Veronica Conforme of the Education Achievement Authority of Michigan. She will serve a term ending in 2024 as well, and she replaces Mary Asmonga-Knapp of Battle Creek, whose term also is expiring this year.

"We respect the decision of the Governor, and I look forward to working closely with our newest trustees as they undertake an important role in furthering the mission of Western Michigan University," said WMU President John M. Dunn after the announcement. "They are replacing two excellent trustees, Mary Asmonga-Knapp and Jim Hettinger, whose contributions to WMU are deeply appreciated." 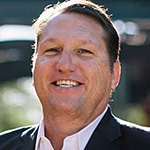 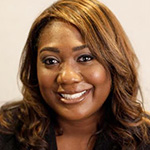 Penn, a 2000 alumna of WMU, has served in her current position with the EAA since 2015. Before that, she was senior strategy advisor to Gov. Snyder for three years. Her background also includes work as advisor and chief of staff to city of Detroit Emergency Manager Kevyn Orr and a series of positions of increasing responsibility with Daimler Chrysler Financial Services and Chrysler Financial.

In addition to a bachelor's degree in marketing from WMU, Penn holds a master’s degree in human resources from Central Michigan University. She is now working on a degree from the University of Michigan Ross School of Business.