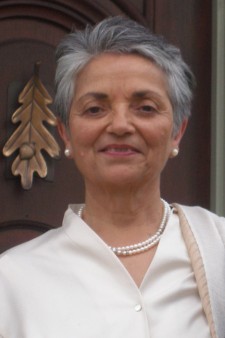 Sharma retired at the end of 2003 after 22 years of continuous service to the University. Survivors include her husband, Dr. Visho B.L. Sharma, a professor emeritus of arts and sciences who taught social science and sociology.

Kamlesh Sharma's longest continuous period of service began in 1981. However, she initially worked at WMU from 1976 to 1978 after filling a board-appointed, full-time two-year position in what was then the general science area.

The WMU Board of Trustees granted her tenure as an assistant professor of general studies in 1990 and later authorized a change in her major affiliation to the Department of Biological Sciences.

Sharma attended school in Nairobi, Kenya, as a youth and served as a secondary school science teacher there from 1962 to 1965.

Sharma, who spoke six languages, spent the first several of her 49 years in the United States raising her children. After joining WMU's faculty, she did postdoctoral research for many years in conjunction with the Upjohn pharmaceutical company.

She became a popular teacher at WMU and also served on several University committees and councils. Her on-campus extracurricular work included serving as chair of the Science Area Executive Committee, participating in WMU's Mentor/Mentee Program and being a representative for WMU's chapter of the American Association of University Professors.

In addition, Sharma was a charter member of the Association of University Women, Kenya; United Nations Association of Kenya; and Kalamazoo India Association. She was known for hosting cricket teams visiting Kalamazoo and had many friends around the world.

A private cremation with Hindu rites has taken place. Sharma's life and contributions will be commemorated during a gathering from 11 a.m. to 2 p.m. Saturday, April 22, in the Richmond Center for the Visual Arts on WMU’s main campus.

Building location and parking information is available at wmich.edu/maps/printables.php. For more information, including program details, contact rsharmagordon@gmail.com or (312) 282-1199.

The family obituary and a message book are available at obits.mlive.com/obituaries/kalamazoo.

Memorial gifts may be made to the YWCA of Kalamazoo fund for young girls training in science and technology. Add a note specifying that the donation honors Dr. Kamlesh Sharma.