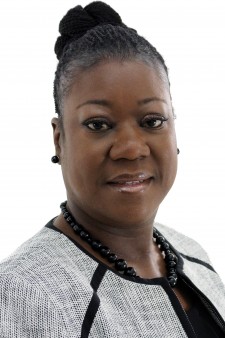 KALAMAZOO, Mich.—Sybrina Fulton, activist and mother of Trayvon Martin, will visit Kalamazoo in March as part of the spring Lyceum Lecture series at Western Michigan University, which begins Wednesday, Jan. 18.

Events in the lecture series, which are typically held at noon every Wednesday in the Lee Honors College lounge, will kick off with "Taking Inspiration from Women of the Civil Rights Movement," a talk by Mia Henry, executive director, Arcus Center for Social Justice Leadership. Additional series presentations will cover a wide range of topics under the overall theme of "Fulfilling America's Promise: Racial Equity and Justice."

The spring 2017 Lyceum series is intended to respond to the groundswell of voices currently advocating for elimination of the reality of racial bias and promotion of a more just society. The series addresses issues including, but not limited to: racial bias in law enforcement on campus and in the community, the reality of racial bias in the criminal justice system and why intentional confrontation regarding racism is necessary and important to society, especially in relation to higher education.

"An Evening with Sybrina Fulton" will take place at 7 p.m. Wednesday, March 29, at Chenery Auditorium. Like all talks in the series, her presentation is free and open to the public. Fulton will also conduct a workshop for WMU students March 30 at the Lee Honors College. Interested students should contact Jane Baas, honors college associate dean, at jane.baas@wmich.edu.

In addition to being an activist and leader for racial equality and justice, Fulton is the founder of the Trayvon Martin Foundation and the co-author of "Rest in Power: The Enduring Life of Trayvon Martin," to be released later this year. She is dedicating her life to transforming grief into advocacy for empowering youth. Since the death of her 17-year-old son during a violent confrontation in 2012, Fulton has become an inspiring spokesperson for parents and concerned citizens across the country.

All events take place at noon in the Lee Honors College lounge unless otherwise noted.

The speaker series arose from discussions in August at the WMU Lee Honors College about issues of violence and racism that had surfaced in previous months. Baas and Dr. Kristina Wirtz, professor of anthropology and faculty faculty, formed a committee to create the semester-long speaker series.