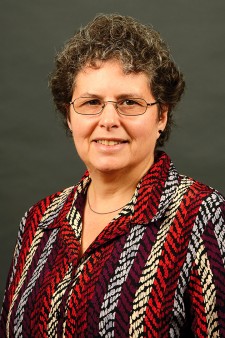 KALAMAZOO, Mich.—Dr. Michelle A. Kominz, a professor of geosciences at Western Michigan University, was recently elected a Fellow of the American Association for the Advancement of Science.

Kominz is one of 391 association members from the group's 24 sections who received the honor for 2016 "because of their scientifically or socially distinguished efforts to advance science or its applications."

The new fellows will be recognized at an AAAS Fellows Forum Saturday, Feb.  18, during the association's 2017 annual meeting in Boston. Their election was formally announced in the association's News & Notes section of the journal Science in November.

Kominz conducts research in the field of geodynamics, with her current activities centering around global sea-level change and tectonics—the vertical motions that generate the large-scale structural features of the Earth.

In announcing her election, the AAAS cited her for her profound contributions to disentangling sea-level changes from sediment loading and tectonic subsidence as recorded in sedimentary sequences on continental margins. Several of the studies Kominz has been involved with have implications for helping to determine how high sea level could rise as a result of human-induced sea-level change.

She is actively engaged in geodynamic modeling to determine both tectonics and sea-level change in offshore areas of New Jersey, New Zealand and Australia, from millions of years ago through today.

Much of that work is associated with the International Ocean Discovery Program. Kominz has served as a physical properties specialist on two research expeditions mounted by this research program that explores the climate history and geodynamic history of the earth as recorded in seafloor sediments and rocks.

A faculty member at WMU since 1997, Kominz earned a bachelor's degree in mathematics from Colby College, a master's degree in oceanography from the University of Rhode Island and a doctoral degree in geology from Columbia University.

American Association for the Advancement of Science

The American Association for the Advancement of Science was founded in 1848 and is the world's largest general scientific society. A nonprofit organization open to all, AAAS includes nearly 250 affiliated societies and academies of science and serves 10 million individuals around the globe.

It aims to advance science and serve society through initiatives in such areas as science policy, international programming, science education and public engagement.

The association publishes Science, which has the largest paid circulation of any peer-reviewed general-science journal, and five specialty journals. As a service for the media and public, it also operates the global science-news website EurekAlert.

For more information about the American Association for the Advancement of Science, visit aaas.org.