Rinvelt, Bolger will lead WMU Board of Trustees in 2017

KALAMAZOO, Mich.—Jeffrey Rinvelt of Ann Arbor and James Bolger of Whitehall have been elected chair and vice chair, respectively, of the Western Michigan University Board of Trustees.

The two were elected at the board's Jan. 24 meeting and will serve throughout 2017. Rinvelt succeeds Kenneth Miller of Kalamazoo, who remains on the board. Bolger replaces Rinvelt, who has served as vice chair for the past year. 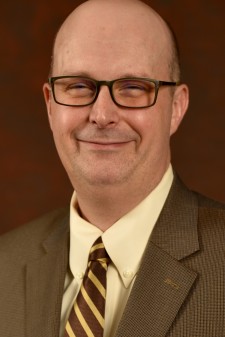 Rinvelt, who earned a bachelor's degree in business administration from WMU in 1991, is the principal with Renaissance Venture Capital Fund, a Michigan-based fund that supports the growth of venture capital in the state, and is the largest privately funded organization of its kind in the United States. He also is a member of the Michigan Venture Capital Association’s board of directors.

A veteran of various startup ventures, Rinvelt was previously the director of Ardesta, where he was engaged in sourcing, evaluating and conducting due diligence on investment opportunities as well as monitoring and providing assistance to the companies in Ardesta's portfolio. Prior to joining Ardesta, Rinvelt was a co-founder of GrapeVINE Technologies, providing product management and marketing for that company's knowledge management product, eventually resulting in an acquisition by Sun Microsystems.

Rinvelt was also part of the startup team for MAXfunds.com, an Internet company providing complete coverage of the mutual fund industry, and he spent five years with Ernst & Young's Information Technology group as a senior consultant.

He was appointed to the WMU board in 2014 by Michigan Gov. Rick Snyder. 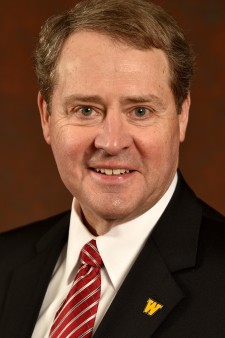 Bolger, who was appointed by Snyder in June 2014, is a WMU alumnus who retired after a 26-year career with the Michigan State Police. After retiring, he spent a decade teaching at Grand Valley State University and served for a period as interim director of that university's School of Criminal Justice.

During his state police career, Bolger rose through the ranks from trooper to lieutenant colonel, serving as commanding officer of the Uniform Services Bureau and providing executive direction and leadership to the field operations of the agency.

Other WMU board officers elected to one-year terms at the Jan. 24 meeting were: Kahler B. Schuemann, secretary to the board; Jan J. Van Der Kley, treasurer and assistant secretary; and Patti VanWalbeck, assistant treasurer. Van Der Kley is the University's vice president for business and finance, and VanWalbeck is associate vice president for business and finance.