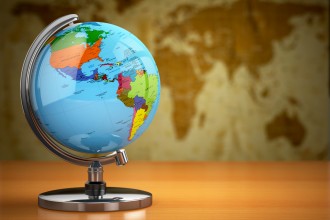 KALAMAZOO, Mich.—A nationally recognized University of Florida scholar will visit the Western Michigan University campus this week as part of the Samuel I. Clark Lecture Series, while two other noted political scientists will deliver talks this week and next.

Dr. Ido Oren, chair and associate professor of political science at the University of Florida, will speak at 7 p.m. Thursday, March 30, in 157-158 Bernhard Center. His presentation, titled "WMD, WMD, WMD: How the Incantation of Ambiguous Phrases Creates Foreign Threats," is free and open to the public.

In his talk, Oren will discuss how political leaders create the perception of threats in the international arena. Oren will develop the idea that the repetition of ambiguous phrases, such as "weapons of mass destruction," "rogue states" and "ethnic cleansing," creates a perception of reality that rivals the actual reality. As public audiences accept and join in the repetition, they actively participate in the construction of the conditions the ambiguous phrase is meant to describe. Specific examples in politics are frequent, and Oren specifically will address the way the phrase "weapons of mass destruction" helped build support for the war against Iraq.

Oren received his doctoral degree from the University of Chicago. His intellectual and research interests range from international relations theory, international security affairs and U.S. foreign policy through the history and politics of American political science, to imperative methods of political research. His book, "Our Enemies and US: America's Rivalries and the Making of Political Science," has been translated into Chinese and Japanese. A former vice president of the International Studies Association, Oren in 2010 was a Fulbright lecturer at China Foreign Affairs University in Beijing.

Two other nationally known scholars also will speak this week and next on political topics.